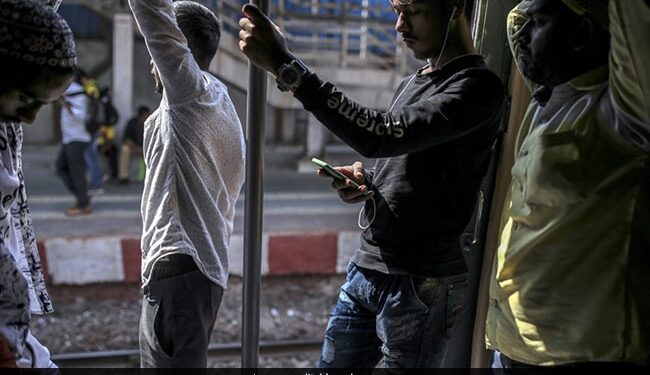 In recent weeks, brokers have lowered their outlook for the Indian stock market.

New Delhi: Nithin Kamath, the chief executive officer of India’s largest online brokerage, estimates that his platform processes 10 to 12 million orders on an average day. They are increasingly coming from new investors under the age of 30, who execute dozens of transactions at lightning speed from their mobile phones.

Young investors like Kamath’s Zerodha Broking Ltd. — which has become known as India’s Robinhood Markets Inc. — helped push the stock market to record highs this year, but many are now buying at a time when risk is mounting.

The Indian benchmark S&P BSE Sensex Index rose more than 20% in the first 10 months of this year, aided by the central bank’s efforts to pump liquidity into the economy. But it is down nearly 8% from an all-time high in October, partly on the back of expectations that interest rates will rise amid a pick-up in economic activity and inflation. Globally, equities were also volatile due to concerns about the global spread of the omicron variant.

In the eastern city of Udaipur, Dushyant Rathore, 35, who runs a chain of boutique hotels with his family, says he is ramping up investment in equities during the pandemic after strict lockdowns around the world brought the hospitality industry to a standstill.

Rathore’s stock portfolio is now worth Rs 1.15 crore ($150,000) after doubling in value as of March 2020. He’s not backing out now, and he’s even urging younger cousins ​​and other family members to share. of their savings in stocks in small, staggered amounts.

“This is probably one of the best options for someone to create wealth,” Rathore said. “While things are now slowly picking up as travel resumes, I intend to maintain my investment pace.” 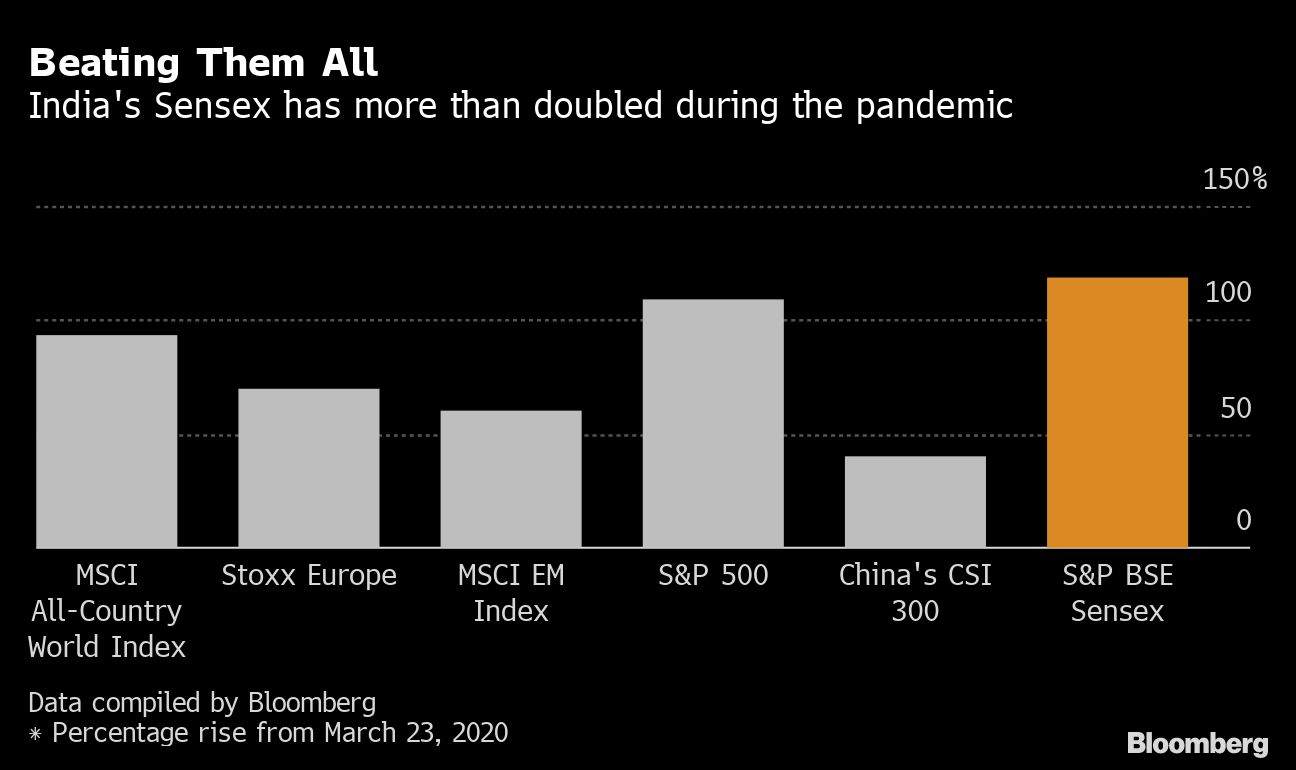 Since a low in March 2020, when stocks worldwide plunged on signs of the coronavirus spreading worldwide, India’s Sensex is up about 119%, the highest of countries with stock markets worth $1 trillion or more.

Some analysts see cause for caution. Despite the recent declines, the one-year P/E ratio for the Sensex is close to 21, compared to 12.3 for the MSCI Emerging Markets Index, making Indian stocks relatively expensive.

“When people come and tell me that I do my monthly household expenses in the capital markets, that is a concern,” said Sameer Kaul, director of TrustPlutus Wealth India Pvt., which manages nearly Rs 11,000 crore in assets. “The market is out of sync with the real economy and if people think they can easily make money like in a casino, that’s a worrying sign.”

Earlier this year, Devashish Pahwa, a 31-year-old entrepreneur in New Delhi’s garment industry, invested about Rs 200,000 from his own and his family’s accounts in One 97 Communications Ltd., the operator of Paytm. But the stock has fallen 39% since listing last month amid doubts about the startup’s path to profitability. It reported a larger loss for the last quarter.

Paytm is a household name in India and Pahwa says he didn’t research his financial records as closely as usual before investing. “I haven’t gone through the numbers,” Pahwa said. “That was my mistake. But I will do more research for future IPOs.”

Pahwa thinks there will be a market correction. Although he has become more cautious, he has not sold any shares of Paytm or made a profit on his other equity investments, which are worth between Rs 350,000 and Rs 400,000. He also says he will buy any company that he expects to do well in the next few years, especially if the stock falls, because it will make them cheaper.

From Vietnam to South Korea, more and more families are pouring money into the stock markets, but the pace at which India is adding new investors is unprecedented. Retail investors put Rs 86,000 crore on the money market of India’s National Stock Exchange this year, compared to Rs 51,200 crore in 2020.

According to the market regulator, India added 400,000 investor accounts every month at the beginning of 2020. By 2021, that number will have grown to about 2.6 million, roughly half of New Zealand’s population.

Despite the slump in the Sensex, November was one of the best months for brokers. Zerodha opened nearly 400,000 new investor accounts last month, while competitors such as Angel One and 5paisa.com said they had also added similar numbers.

Young investors don’t have much to lose, Kamath said. “They have a long road to future earnings. You make mistakes, you learn and you recover.”

Despite the recent downturn, there may still be room for new investors to jump in. Indian stock retail penetration is minuscule compared to other countries.

According to Bloomberg Intelligence analyst Gaurav Patankar, Indian households invest 7% of their financial assets in equities, compared to an average of 30% in other major emerging markets. Households in Latin America hold more than 40% in equities, while in the US it is 50%.

“At some point, higher stock returns will stop, but that won’t lead to a return to other assets,” said Ashutosh Tikekar, head of global markets, India at BNP Paribas SA. “The pace at which investors enter the market may slow down, but it won’t lead to an exodus.”