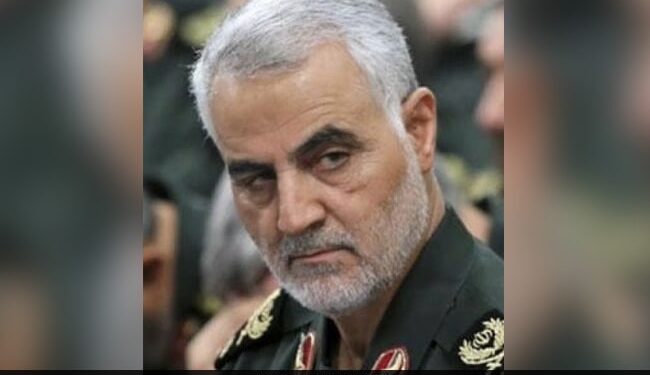 Iranian President Ebrahim Raisi vowed revenge against Donald Trump unless the former US president is tried for the murder of Qassem Soleimani, as Tehran marked two years after the death of the respected commander.

The Islamic Republic and its allies across the Middle East held emotional commemorations for General Soleimani and his Iraqi lieutenant who were killed in a US drone attack on Baghdad airport on January 3, 2020.

Soleimani headed the Quds Force, the foreign operations division of the Iranian Revolutionary Guard Corps, which has ties to armed groups in Iraq, Lebanon, the Palestinian Territories, Syria and Yemen.

Addressing Tehran’s largest prayer hall, Raisi said: “The aggressor and main murderer, the then President of the United States, must face justice and retaliation,” along with former United States Secretary of State Mike Pompeo “and other criminals.” “.

“Otherwise I will tell all American leaders that without a doubt the hand of revenge will come out of the sleeve of the Muslim nation.”

Trump — among whom tensions over Iran’s nuclear program escalated, leading to a new and painful sanctions regime — ordered the assassination that brought enemies to the brink of direct military confrontation.

Washington said at the time that Soleimani planned to take action soon against US personnel in Iraq, a war-ravaged country long torn between key allies Washington and Tehran.

Iran responded days later by firing missiles at bases housing US troops in Iraq. No one was killed, but Washington said dozens suffered traumatic brain injuries.

Amid heightened tensions, Iran also accidentally shot down a Ukrainian passenger plane on January 8, 2020, killing all 176 on board.

Soleimani’s funeral drew millions and his portrait can now be seen on streets, squares and buildings from Tehran to southern Lebanon and Gaza.

Commemorations were held this year across Iran and at Baghdad airport, Iraq’s holy Shia city of Najaf, Gaza City and elsewhere.

Before dawn on Monday, two armed drones targeted an airport site in Baghdad used by the US-led coalition against the Islamic State group.

“Two fixed-wing suicide drones, or improvised cruise missiles, attempted to attack Baghdad airport at about 4:30 am this morning” (0130 GMT), a coalition official told AFP in Baghdad.

A counter-missile, artillery and mortar or C-RAM system “engaged them and they were shot down without incident,” the source said on condition of anonymity.

Photos obtained by AFP from the official coalition show remains of one of the drones, with the message “commanders’ revenge operations” written on it.

Hackers also attacked media outlets in Iran’s other sworn hostile country, Israel, with a threatening message that appeared to be linked to Soleimani’s assassination.

The website of the English-language Jerusalem Post and the Twitter account of the Hebrew-language Maariv were taken over with a photo of a fist firing a grenade from a ring with a red stone, such as the one Soleimani used to wear.

The Jerusalem Post said its website was hacked to show an image of a model of Israel’s nuclear facility in Dimona being blown up, along with the message “we’re close to you where you don’t think about it” in English and Hebrew.

Israel fears Iran’s nuclear program aims to acquire weapons to harm the Jewish state, and the two countries regularly hint at threatening attacks on each other.

A ceremony was also held in the Palestinian coastal enclave of Gaza on Monday to commemorate the second anniversary of the killings.

The leader of the Iran-backed Hezbollah movement, Hassan Nasrallah, also paid tribute to the Iranian and Iraqi commanders and called for the withdrawal of US troops from Iraq.

“Ignoring … the presence of US troops in Iraq constitutes another assassination of Qassem Soleimani and Abu Mahdi al-Muhandis,” he said in a televised address on Monday.

“Loyalty to these martyrs … is to ensure that there are no more occupying forces in Iraq,” he added.