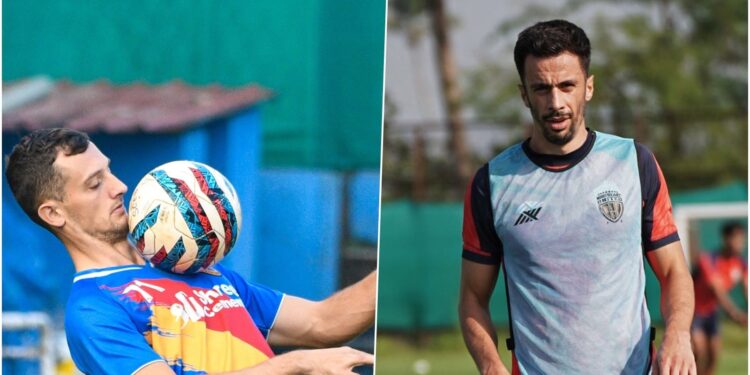 With their backs to the wall after two consecutive defeats, NorthEast United FC would look to return to winning ways against a struggling SC East Bengal in their Indian Super League (ISL) match here on Friday. Khalid Jamil’s NorthEast United were humiliated 1-5 by Hyderabad FC, but in SC East Bengal they face an even less confident opponent, who is bottom of the table without a single win.

NorthEast United conceded 11 goals from open play, the most of any team this season, highlighting their defensive problems.

The Highlanders, like SC East Bengal, have concerns about injuries, but one player who has remained consistent is VP Suhair. In the 478 minutes that Suhair has played this season, he has one goal and one assist to his name.

It was a similar start to the season for the Reds and Golds as last year, after not winning a single game in six games.

People like Arindam Bhattacharya, Jackichand Singh and Darren Sidoel who are injured have not helped their cause, but they seemed like a disjointed unit and lacked quality in the games so far. The Kolkata side drew 1-1 against Kerala Blasters in the last match and are hoping to take one against NorthEast United.

For SC East Bengal, Antonio Perosevic will be the key player. The Croatian forward has looked fine in recent matches and no player in this ISL season has attempted more shots than him.