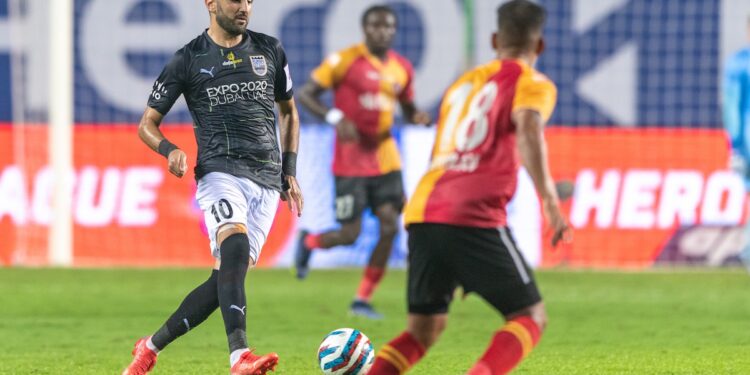 East Bengal SC held reigning champions Mumbai City FC to a goalless draw in an Indian Super League match at Vasco on Friday. The result enabled City to regain first place in the points list. However, their scoreless run extends to four games, while SCEB is now 10 games without a win. Igor Angulo was the first to test the goalkeeper, as his header was saved comfortably by Arindam Bhattacharja. Daniel Chima Chukwu was close to threatening the other side, but his attempt from close range narrowly missed the right side of the goal. SCEB was dealt an early blow due to an injury to Joyner Lourenco, who had to be replaced by Ankit Mukherjee.

In the first half, both teams struggled to create great opportunities. The Islanders dominated possession but found it difficult to find spaces behind SCEB’s backline. Thanks to the Red & Golds’ resilient defense, both teams went into halftime at the same time.

Mohammad Rafique was sent as a replacement to Bikash Jairu in the second half. Minutes after the restart, strong calls for a penalty from MCFC players were rejected by the referee as Adil Khaan allegedly fouled Cassio Gabriel in the penalty area.

The Brazilian then blasted a long-distance ride that was expertly brushed aside by Bhattacharja. The frustration was on display at the MCFC ranks as Ahmed Jahouh got close on the hour with a long range attack.