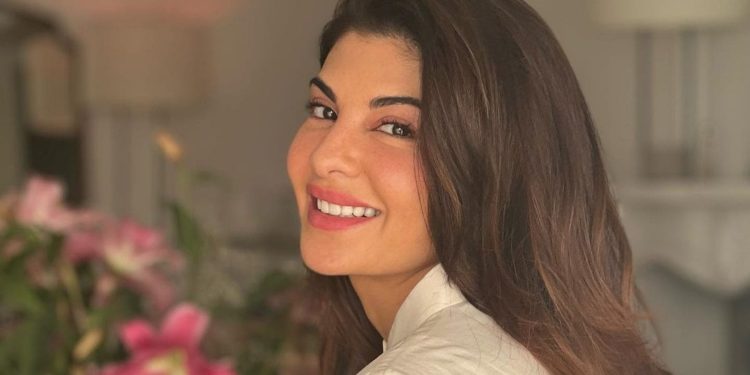 There is something very classy and chic about black and white fashion and Bollywood actress Jacqueline Fernandez is serving us just that this season. Jacqueline’s recent Instagram post reminded us how a simple black and white portrait can be a surefire way to convey that you’re a woman of substance.

The actress posed in an all-black outfit with a button-down shirt and shorts in her latest photo shoot. The 36-year-old Sri Lankan beauty posed with her gracefully styled hair and minimal makeup for the photos. Jacqueline was barefoot and completed her chic look with a pair of bracelets. The actress shared the photo on Instagram and wrote “stay grounded” in the caption.

The actress has been radiating her sultry grace in the recent photos, provoking reactions from fans and showbiz colleagues. Celebrity hairstylist Amit Thakur commented, “I love these pictures.” Actress Radhika Bangia also responded with a red heart emoji.

Jacqueline’s all-black combo gives us a glimpse into the fashion world of Bollywood stars who have been sporting monochromatic styles lately. A good example is the all-white ensemble of actress Deepika Padukone for the promotion of her recent film Gehraiyaan. The actress wore an all-white co-ord set by British designer and former Spice Girl Victoria Beckham. Deepika was spotted in one of her public appearances at one of her public appearances earlier this month. The 36-year-old actress completed her look with nude palette makeup and a wavy bob hairstyle.

Actress and producer Alia Bhatt has also channeled her love of monochrome fashion for Gangubai Kathiawadi’s ongoing promotions. Alia’s recent sartorial picks have shown fans how one color can be styled in countless ways. On Wednesday, Alia was spotted in a light-hearted saree with multicolored micropolka dots. The 28-year-old actress kept her hair open and wore oxidized silver earrings to complete her traditional look.