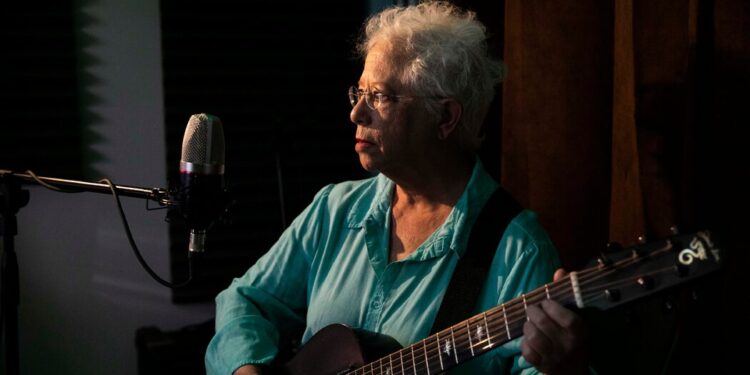 On a recent morning, Janis Ian spoke at length from her Florida workspace about a 50-year career marked by literary texts, social activism and big hits. Only one subject failed her. When considering younger artists who have publicly cited her as a source of inspiration, she paused and raised her arms. “I can’t think of any. So many people say, ‘Joni Mitchell is my big influence,’ she said. “And I thought, wait a minute. Have I not influenced? someone?”

She may not get the loudest of cries, but there’s no denying that Ian has often served as a cultural clairvoyant.

In 1967 she became one of the first fully self-confident female singer-songwriters in pop music. She wrote every song on her debut album, which was released a month before Laura Nyro’s, one year before Joni Mitchell’s and three before Carole King’s.

The topics she became most famous for writing about, then outliers, have since become ubiquitous. Her breakthrough hit “Society’s Child,” written in 1965 when she was 14, was one of the first charts to feature an interracial romance. Her largest score, “At Seventeen,” which reached No. 2 in 1975, confronted lookism and bullying with a candor that anticipated the work of contemporary artists, including Billie Eilish, Demi Lovato, and Lizzo. Ian was also one of the first gay pop stars to come out in the early ’90s, and she was a proponent of free downloads as a promotional tool when the industry went to great lengths to stop them.

Ian had few role models for her self-determined path, citing only Nina Simone and Victoria Spivey, a blues singer and writer who made her first impression in the 1920s. Otherwise, she said, “everything was identified by men.”

The disparity between the world she charted her path in and today has been on Ian’s mind lately because of an important decision she’s made over the past year. At the age of 70, she will release her latest album “The Light at the End of the Line” on Friday, followed by a farewell tour. “I’m done,” she said, with a mixture of relief and anticipation. Ian said the wear and tear of serving as her own manager and song publisher, along with life as a touring musician, left little time for what she loves most.

“I’m a writer first and foremost,” she said. “I desperately care about writing – any kind of writing.”

That includes haikus, short stories, and a novel she hopes to finish in her next life. She will work on everything in a nearly completed addition to her home, on an island in Tampa Bay, where she lives with her wife of 19, Patricia Snyder, a retired criminal defense attorney.

Her latest songs have a summarizing mission. In the title track, an elegant acoustic ballad, she says goodbye to her fans. “Some of them have stayed with me for 56 years,” she said. “That’s longer than I’ve known most of my family.” In “I’m Still Standing,” the tough melody underscores lyrics that embrace the physical changes that time brings, which, Ian said, explains the white hair and lack of makeup she wore proudly in our interview. In the classically influenced piano piece ‘Nina’, she greets one of the artists she most admires, her friend, Nina Simone, who in 1976 made a rousing, repentant version of Ian’s song ‘Stars’.

“Nina was so complicated,” Ian said. “She could be the most amazing friend and also the most horrible person. But as a solo artist, she was the best I’ve ever seen.”

Some of the new songs are more decidedly political. “Perfect Little Girl” expands on the theme of “At 17”, while in “Resist” she revisits the social protest of previous songs with lyrics that use, among other things, rough language to capture the violence of female genital mutilation. As with “Society’s Child,” some radio stations have told her they won’t play it. “They said it was too suggestive,” Ian said. “Is the song sexual in some way that I’m not aware of?”

Ian was raised to ask such questions. Her father, a music teacher, and her mother, a university secretary, ran a progressive summer camp in upstate New York. Because of her parents’ politics, the FBI tapped the family phone, monitored their activities and discouraged schools from hiring her father, which she wrote about on the 2000 album “God and the FBI.”

Ian’s upbringing in the mostly black area of ​​East Orange, NJ, helped her write “Society’s Child” in 1965, a year after the Civil Rights Act was passed. Her producer, Shadow Morton, a key designer of the girl group sound, had a deal with Atlantic Records to finance the recording, but the label declined to release it. Ian was never told why, although she said Jerry Wexler, the then president of Atlantic, later apologized for the decision. Verve Records picked up the song and released it twice in 1966, without success.

A big break came the following year when she was invited to appear on a CBS-TV special, “Inside Pop: The Rock Revolution,” for which host Leonard Bernstein used his vast cultural currency to lend legitimacy to the explosive new music. of the 60s. Ian said her song “wouldn’t have gone anywhere without the show.” Still, the focus on racing deterred enough radio stations to stop the Billboard chart’s rise to number 14.

After “Society’s Child,” Verve released three more bombshell Ian albums, but in 1973 Roberta Flack covered her song “Jesse” and scored a hit, landing Ian a contract with Columbia Records. “Janis Ian wrote songs that touch my heart,” Flack wrote in an email. “She tells stories in her songs that many of us can relate to — tender experiences that help us express what we feel about how the world treats us in so many ways.”

Ian’s second album for the label, “Between the Lines,” featured “At Seventeen,” with lyrics describing the shame Ian felt at being considered “an ugly duckling” with an honesty so brazen that some people felt it. felt uncomfortable with – including the author. “That song was scary to write and scary to sing,” she said. “I would sing it with my eyes closed because I was so sure the audience would laugh at me. It was amazing for me to realize, first of all, that they weren’t laughing. And secondly, that it also applied to boys.”

The song’s nuanced and erudite lyrics were also responsible for the loss of self-esteem that can be suffered by women considered the most desirable — the type that Ian bullied. “Their lives are an eternal beauty contest,” she said.

Ian believes her willingness to write about uncomfortable topics has become her craft. “A lot of other artists have a gift for melody and vocals and great lyrics,” she said. “The only thing I think I can do better is talk about things that people have a hard time expressing. I give them a safe way to express them.”

While Ian finds it distressing that the difficult topics she’s written about remain relevant decades later as she prepares to leave the music business, she believes the world has changed significantly since she started. “It’s too easy to fall down that rabbit hole of saying ‘nothing has improved,'” she said. “I can no longer be arrested in this country for being gay. That’s a enormous difference. I firmly believe that things are going as they should. I don’t know if that will be in my lifetime. But I do believe it will get better.”