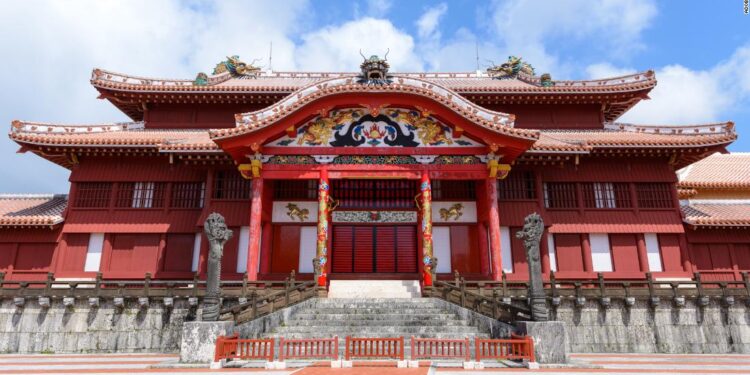 (DailyExpertNews) — Perhaps surprisingly, less than 10% of the 6,852 islands that make up the Japanese archipelago are inhabited. But among those roughly 400 travelers, travelers are treated to a rich tapestry of natural treasures, deep-seated mysticism, thriving cultural assets and sprawling urbanity.

Covid restrictions mean most of us can only dream of visiting for now, but here are 10 of the best to help plan that post-pandemic trip.

They say the heart of Japan is in the countryside, and in Hokkaido, at the northern tip of the archipelago, there is plenty of countryside. Several national parks dot the hinterland, from the caldera lakes of Akan Mashu to bear-infested Shiretoko revered by the indigenous Ainu people. The combination of this with pit stops in the small villages dotted through the forests and wetlands of Hokkaido makes for an epic road trip.

The island’s wintry climates also draw huge numbers during the snowsports season, with resorts such as Niseko, Furano and Kurodake home to some of the freshest powder snow in the world.

For city life, head to Sapporo, where you can slurp noodles in steamy “Ramen Alley”, overlook snowy Odori Park from the Sapporo TV Tower observatory, or drink into the wee hours in the Susukino entertainment district . While you’re here, head to the Sapporo Beer Museum and brewery for steins and jingisukan (“Genghis Khan”) lamb served on hot skillets shaped like the Mongol warlord’s headdress.

Honshu is the largest and most populous island in Japan.

If the heart of Japan is in the countryside, the main island of Honshu is the thumping pacesetter. It’s a region still epitomized by its bubbly post-war economy; an era of materialism, decadence and massive urban sprawl.

Most travelers fly to and from Tokyo, and there is no better place to book your stay. Whether it’s the electrified Shibuya Crossroads, the hipster subcultures of Shimokitazawa, the Kabuki-cho entertainment district, the pop culture hub Akihabara or the city’s more than 200 Michelin-starred restaurants. Mount Fuji is a few hours by train from the capital, perfect for day trippers or hikers looking to hike at night.

Other major cities occupy parts of Honshu further west. These include Kyoto, the former capital and treasure of the world with 17 UNESCO World Heritage Sites; Osaka, the rugged antidote to the more pretentious capital where gluttony and indulgence are the norm, and Hiroshima, a vibrant city that has risen from the ashes of the atomic bomb atrocities of World War II.

Sado Island, the sixth largest in Japan, is located off the northwest coast of Honshu in Niigata Prefecture. Although unearthed pottery artifacts indicate that Sado has been populated since the Jomon period (14,000-300 BCE), it has spent much of the present era as an island of exile and captivity.

Among the most famous exiles sent to the remote island were the poet Hozumi no Asomi Oyu (8th century), who criticized the then emperor, and Emperor Juntoku (13th century), for his role in fomenting war. The latter’s remains were cremated in the Mano Goryo Mausoleum, which is open to the public today.

Between 1954 and 1972, Sado also housed convicts in the Aikawa Detention House. You can explore this eerie wooden building that contrasts with the lush surroundings in the background.

If you feel like trekking, you can also head to the rugged rock formations of Senkaku Bay or the grassy slopes of Mount Kongo and Mount Shiritate.

Thanks to billionaire Soichiro Fukutake’s checkbook and the vision of architect Tadao Ando in the 1980s, Naoshima transformed from a provincial land of decline to a prized open-air contemporary art museum in a matter of years.
Pop art pioneer Yayoi Kusama’s kabocha (pumpkins) are among the island’s top works; one jutting out of a pier on the south shore (currently under repair); the other, red and black, dipped in concrete by the western banks.

Created by ‘The King of Concrete’, Tadao Ando, ​​the Chichu Art Museum celebrates the interplay between space, light and shadow (it also houses work by Claude Monet and Walter De Maria). For local art icons, head to the Benesse House Museum, which features works by Shinro Ohtake, Hiroshi Sugimoto, and Yukinori Yanagi. While the Museum Restaurant Issen is the go-to spot for elegant kaiseki (seasonal dishes) in view of Andy Warhol originals.

There are few islands in the world like Oshima, Japan’s only island leprosarium – an island almost entirely inhabited by victims of leprosy.

Located off the coast of Takamastu City, Oshima owes its history to Japan’s much-maligned and since-revoked policy of segregating lepers (which ran, unbelievably, until 1996); however, the leprosarium still exists, simply because the remaining inhabitants have nowhere else to go.

Oshima’s pristine sandy shores and towering shrubby forests alternate with the squat, gray buildings that once held the lepers captive. To avoid dark touristy voyeurism, it is recommended to visit only during the Setouchi Triennial. This festival introduces contemporary artworks to the island every three years, both commemorating Oshima’s dark past and celebrating its newfound freedom.

Japanese folklore and pop culture are dotted with reverence for animals, but few have the same cult appeal as cats. Think Hello Kitty (though possibly not really a cat), robot cat Doraemon, maneki neko (good luck cat dolls), and Natsumi Soseki’s famous POV novel “I Am a Cat”.

On the tiny island of Aoshima, off the coast of Shikoku’s Ehime Prefecture, cats outnumber humans at least six to one — though some estimates say it’s a much larger factor. As such, the roughly a mile long island has long been the object of desire of cat lovers across the country.

That said, there’s not much to do on Aoshima other than watch the over a hundred felines lounge, strut, purr, and occasionally hooker. But if you’re a cat person, that’s probably enough.

Shikoku is the smallest of Japan’s four main islands, but it is now definitely on the traveler’s radar.

Iya Valley should be your first stop; a series of craggy gorges in Tokushima Prefecture, introduced to the world by Japanophile author Alex Kerr. In the 1970s, Kerr renovated a thatched house in the hamlet of Tsurui, called Chiiori, where visitors can stay and volunteer.

The Buddhist Henro Pilgrimage, which links 88 temples once visited by the monk Kobo Daishi, is another great way to experience Shikoku’s shame for natural resources. This circular(ish) trail traverses 750 miles through all four prefectures on the island, taking pilgrims through forests echoing with birdsong, cobbled mountain passes and bustling coastal towns. It may take several weeks to complete on foot, but completionists will be rewarded with purification of mind, body and soul.

Cycling enthusiasts can also take one of Japan’s great two-wheel road trips from Shikoku. The Shimanami Kaido winds past the islets and suspension bridges connecting Shikoku and Honshu, never straying far from a panoramic view of the Seto Inland Sea.

Kyushu, the third largest island in Japan, is a bustling city life interspersed with smoldering volcanoes.

Fukuoka and Nagasaki lie to the north. The former is a cosmopolitan hub for arts, entertainment and startups, and the birthplace of tonkotsu ramen. The latter is a town for history buffs; frequented by Jesuit priests in the 1500s, Dutch traders during the Edo period (1603-1868) and an atomic bomb during World War II.

Mount Aso, a volcano amid the rolling grasslands of central Kyushu, is surrounded by Japan’s largest caldera; the trail weaving around the outer rim is every road tripper’s dream. While Kagoshima, a subtropical city in the south, is known for its laid-back vibe, its surf culture and its love of satsumaimo, the Japanese sweet potato and shochu (a distilled Japanese spirit).

Yakushima has a subtropical climate.

It’s true that Yakushima was the inspiration for Studio Ghibli’s 1997 animation classic, “Princess Mononoke.” But to see it in such simplified terms is doing a great disservice.

The subtropical and biodiverse island south of Kyushu is one of the last parts of Japan where industrialization has barely left a footprint. The jungle of Yakushima, smothered with moss, intersected by foaming rivers and dotted with ancient yakisugi cedars, is the epitome of traditional Japanese animist beliefs. The forest is not only the abode of the kami (spirits); it is their earthly incarnation.

The UNESCO-listed forest should be the central focus of your Yakushima trip: hiking to the 7,000-year-old Jomon cedar, overlooking the misty valleys from the Taiko-iwa (drum rock) and spotting macaques among the forest cage above.

Once known as the Ryukyu Kingdom, Okinawa was watched with wandering eyes for centuries by the imperial powers of Japan and China, before the former finally annexed it in the late 1800s. Okinawa today bears the signature of these two cultures, with Buddhist temples, Shinto shrines, and ostentatious Chinese iconography dotted around the island.

Adrift in the subtropical Pacific Ocean, its sun-drenched setting makes it an ideal summer destination. Head to the sandy beaches of Manza Beach for a salty dip and glittering sea views from nearby Cape Manzamo. The man-made Emerald Beach is one of Okinawa’s most beautiful and is just steps away from Okinawa’s famous Churaumi Aquarium. While isolated snorkelers haunt Sesoko Beach is connected to the main island via a road bridge to the northwest.

Okinawa is also Japan’s premier diving region, thanks to the sea turtles, manta rays, whale sharks and tropical fish that glide through the deeper waters. Check out Honu Honu divers in the capital, Naha, for English dive guides.