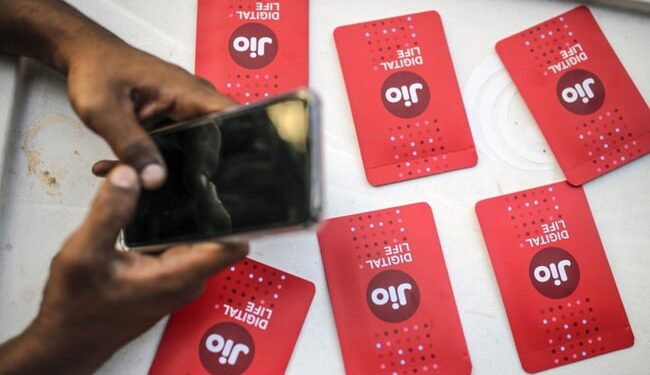 Jio has completed 5G network coverage planning for the top 1,000 cities in the country

Jio has completed 5G network coverage planning for the top 1,000 cities in the country and is increasing its fiber capacity and conducting a pilot in several locations, a senior corporate official said during a presentation.

“The 5G coverage planning has been completed for 1,000 top cities across the country. Jio has been piloting advanced use cases in healthcare and industrial automation on its 5G network,” Jio said in a statement.

Thomas said during the presentation that the company is conducting a 5G pilot in multiple cities and that there is network planning for the rollout of 5G using 3D maps and ray tracing technology.

“We are using the most modern approaches to network planning, especially 3D mapping and ray tracing technology because 5G is quite a unique technology, requiring very advanced network planning techniques, and we are doing that for all of India so that if and when the approvals are received to network, we will be well prepared to prioritize our rollout where we can make the maximum contribution,” said Mr. Thomas.

The auction for 5G spectrum is expected to take place in the first quarter of next fiscal year. Reliance Jio reported that it closed the third quarter, which ended on December 31, with a net increase of 1.02 crore customers year-over-year (on an annual basis) at 42.1 crore.

However, the subscriber base declined quarter on quarter.

“We ended the quarter at 421 million subscribers. That was down from 8.4 million, but the gross addition remained very strong at 34.6 million. And the decline was really due to SIM consolidation and some of the lesser active customers, now with rate increases, etc., looking at consolidating usage in a single SIM card,” said Reliance Jio, Head of Strategy Anshuman Thakur.

Based on the reported number, Jio’s ARPU remained almost flat, but the company’s average revenue per user (ARPU) increased by 8.4 percent to Rs 151.6 year-over-year after adjusting the interconnection usage cost (IUC) it had to pay. pay to other operators.