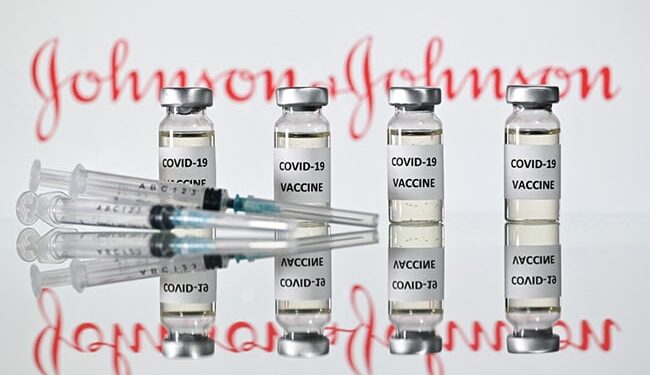 The research has not yet been peer-reviewed (File)

A preliminary South African government study published Thursday found that a booster of the Johnson & Johnson Covid vaccine was 85 percent effective in preventing hospitalization from the Omicron variant, a finding that is reviving the shot’s reputation. .

The South African Medical Research Council compared 69,000 health professionals who received two doses of the vaccine, based on viral vector technology, with a group of people who had not been vaccinated.

The study, which has not yet been peer-reviewed, was conducted from November 15 to December 20, a time when the heavily mutated Omicron variant increased from 82 to 98 percent of the country’s Covid-19 cases.

When a booster was given six to nine months after the first dose, the vaccine’s effectiveness against hospitalization increased over time, from 63 percent at 0-13 days to 85 percent one to two months after the boost .

“These data are important given the increased reliance on the Ad26.COV.2 vaccine in Africa,” the authors wrote, using the formal name for the J&J shot.

The result was also praised by the company. In a statement, J&J scientist Mathai Mammen said it showed the vaccine “remains strong and stable over time, including against circulating variants such as Omicron and Delta.”

About half a million South African health workers have received Johnson shots as part of clinical trials.

South Africa, Africa’s worst-hit country, has recorded more than 3.4 million cases and 90,000 deaths since the start of the pandemic.

An earlier South African study in December found that two doses of the Pfizer-BioNTech vaccine prevented hospitalizations by up to 70 percent. Results for three doses of that vaccine are not yet known.

The news comes weeks after the United States formally recommended mRNA vaccines, made by Pfizer and Moderna, over the J&J shot, due to greater risks associated with a rare form of blood clotting.

Preliminary lab studies had also shown that the J&J vaccine activates fewer neutralizing antibodies — Y-shaped proteins that block infection — against the heavily mutated Omicron variant, compared to mRNA vaccines, and suggested it might be less effective in real life. are too.

The reason it performs better in the real world than some might have expected may be because it elicits an increased response from another part of the immune system known as cellular immunity.

A separate, small analysis, conducted by the Beth Israel Deaconess Medical Center in Boston on 65 people, found that a J&J booster on top of two doses of Pfizer Covid vaccine could provide more protection than three doses of Pfizer vaccine.

Although antibody levels rose to high levels after three doses of Pfizer, they also declined within a few weeks, rising steadily after two Pfizer injections and one J&J injection, and were at higher levels after four weeks.

Although they can’t stop the infection, killer T cells look for and destroy cells infected with the virus, preventing serious disease. They are much more resistant to variants than antibodies.

Overall, the data may mean that mix-and-match boost could provide stronger protection than continuing with the same vaccine, but the long-term sustainability of both strategies needs further investigation, J&J said.