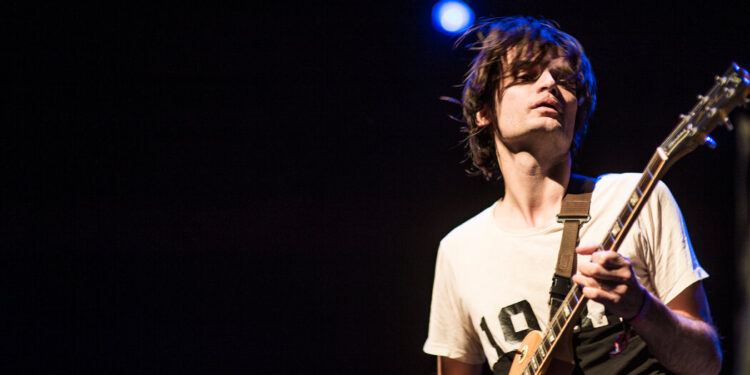 Jonny Greenwood had long achieved worldwide fame as Radiohead’s lead guitarist, when he ventured into filmmaking nearly 20 years ago. To some, this seemed like an afterthought at first, something to keep Greenwood busy in between albums and tours.

But especially in the last decade it has become clear that this is not the case. With 11 scores to his name, including two — for Jane Campion’s “The Power of the Dog” and Pablo Larraín’s “Spencer” — that could play a part in this year’s Academy Awards race, what was once a minor career now vies for priority with Greenwood’s day job.

As he has moved on to film, he has also gained some fame as an orchestral composer, with his concert music often fueling his soundtracks. In a recent interview with Alex Ross of The New Yorker, Greenwood described some of his sustainable strategies, including using octatonic scales, which he says can bring “a nice, edgy sourness amid all the sweetness” to a scene. .

But if some of his inspirations have remained constant — with modernist composers like Olivier Messiaen and Krzysztof Penderecki continuing steady fascinations — he’s also evolved over time. Here are some highlights from his last two decades of writing for orchestras and movies.

Greenwood’s first soundtrack effort is modest in its ambitions, but confident in its execution. It doesn’t offer full-throated orchestral material or directly evoke the likes of Messiaen or Penderecki. Instead, it’s more closely associated with the avant electronics of “Kid A” and “Amnesiac,” Radiohead albums from just before that. Still, “Bodysong” makes for an effective, ear-pleasing album. And some of the songs are early templates when it comes to Greenwood’s skill at merging disparate styles, such as when the opening jazz combo sound of “Milky Drops from Heaven” is overtaken by swirling wisps of electronic music.

This work heralded Greenwood’s leap into classical music – complete with tightly coiled string clusters inspired by Penderecki. But Greenwood’s own melodic style, at once swooning and full of unease, is also there. It’s the piece that inspired film director Paul Thomas Anderson to first contact Greenwood, and when you hear “Popcorn” in full, you understand Anderson’s early confidence in this composer’s abilities.

What you need to know about ‘The power of the dog”

Jane Campion’s simmering western drama ‘The Power of the Dog’ based on a 1967 novel by Thomas Savage is currently streaming on Netflix.

This was the project that Anderson wanted Greenwood for. It uses parts of “Popcorn Superhet Receiver,” making it ineligible for an Oscar, but adds some new music that makes the movie’s pressure cooker atmosphere into something tantalizing. Like “Prospectors Arrive”, with piano, strings and the ondes Martenot in a beautiful mix of instrumental colors. The Copenhagen Philharmonic later recorded a string orchestra suite plucked from the soundtrack.

The original incarnations of ‘Overtones’ and ‘Baton Sparks’ from Anderson’s 2012 film ‘The Master’ can be heard in this orchestral piece. Borrowing that self resulted in another round of Oscar disqualification, despite the soundtrack’s excellent original songs, such as the harp-powered “Alethia.” And again, the original orchestral work is impressive in its own right. Starting with the luscious final chord of Penderecki’s ‘Polymorphia’, Greenwood moves into more solid romantic territory than in ‘There Will Be Blood’. (Don’t worry though: there’s still a lot of string noise.)

Anderson’s adaptation of Thomas Pynchon’s noirish novel gave Greenwood the opportunity to broaden his film music palette. The song “Spooks” has its roots in an unreleased Radiohead track, but the most winning feature for guitar here is “Amethyst” – a piece that combines folky strumming and thumping background chords to an ultimately joyful effect. It’s part of the ending that’s justifiably happy – not a regular part of Anderson’s or Pynchon’s work.

This orchestral work fits well with the score for ‘Inherent Vice’. You can hear in it some scalar patterns known from songs like ‘The Golden Fang’. Still, this 14-minute piece (for an unusually outfitted string orchestra, including flutes, ondes Martenot, and a tambura) is its own thing, perhaps due to inspiration from various Indian classical music traditions in which Greenwood was immersed around this time. After what amounts to a slow “alap” development section familiar from some raga styles, we get a climactic whirlwind tour of Greenwood’s overarching melodic design.

In an interview with former DailyExpertNews chief of classical music critic Anthony Tommasini, Greenwood described drawing inspiration from a wide variety of sources — including Benjamin Britten and Bill Evans — for the score of this Anderson film, set in in the fifties. But while the music lacks some of the obvious avant-garde touches of Greenwood’s earlier work, it’s still imbued with some of his signatures. For example, a cascading piano riff from “The House of Woodcock” is a bit familiar compared to the piano in the second half of “Prospectors Arrive” from “There Will Be Blood.” But the more sweetly arranged version here gives it a whole new character.

If the score for “Phantom Thread” was unusually gallant, here’s a return to electronically driven, sometimes discordant music, the second time Greenwood has collaborated with director Lynne Ramsay. Just as Joaquin Phoenix’s character stumbles through the plot without fully understanding what he’s stepping into, Greenwood’s score keeps the listener off balance—thanks to rhythmic feints in quasi-dance numbers like “Nausea.” But it’s not all mysterious: “Tree Strings” and “Tree Synthesizers” help give the latter act its surprising effect of liberation from trauma.

A setting in the old American West? Threatening, thumping strings? Is this score for Campion’s first film in 12 years a sort of reinterpretation of Greenwood’s neo-western work on “There Will Be Blood”? Not at all. Touches here are specific to the waking dream surrealism of Campion’s project. “Detuned Mechanical Piano” is a bit too refined (à la miniatures by Gyorgy Ligeti) to really be the work of a broken player piano. And the plucked motor skills of “25 Years” are reminiscent of Greenwood’s guitar sounds, which could be heard on his score for “Norwegian Wood” (2010).

Larraín’s film, starring Kristen Stewart, is not a conventional Princess Diana biopic. While Diana hallucinates through various royal duties, Greenwood rejoices in how the film closely aligns her perspective. A song like “The Pearls” begins as a plausible imitation of decorum, with a string quartet on screen in a dining room hall. But just as Diana loses her cool, the musical material goes beyond decency. (Yeah, the on-screen quartet responds to the endless dinner with some thunderous accents.) The combination of improvised jazz textures with the escape from court life is particularly well done on pieces like “Arrival.”