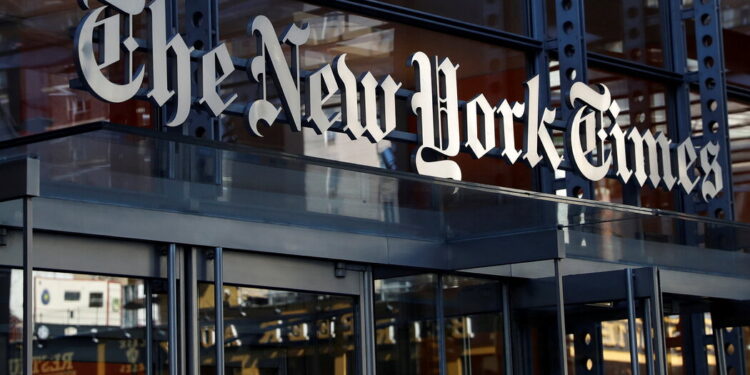 A New York state appeals court on Tuesday temporarily lifted a court order requiring DailyExpertNews to surrender or destroy copies of legal memos prepared for conservative group Project Veritas, in a case that has drawn attention. has drawn from the First Amendment and proponents of journalism.

The stay, issued by the Appellate Division of the New York State Supreme Court, followed objections by The Times to an injunction issued late last week in an escalating legal dispute between the newspaper and Project Veritas, which The Times is suing for slander.

But a key part of that order, issued by a trial judge, Westchester County Supreme Court Justice Charles D. Wood, remains in place: The Times remains temporarily barred from publishing the Project Veritas documents. The newspaper said it had not requested an immediate waiver of that part of the injunction, and hoped it would be quashed when the appeals court hears more arguments in the case early next year.

The Appeals Division asked Project Veritas to submit its response by Jan. 14, rejecting a request from The Times for an earlier deadline.

Project Veritas attorney Elizabeth Locke said on Tuesday the group “joined The Times in its very limited request to maintain the status quo to allow for review of the appeal, because proper administration of justice is paramount.” is for American democracy, the First Amendment, and the freedom of the press beneath it.”

AG Sulzberger, the publisher of The Times, said in a statement last week that Justice Wood’s injunction “had no clear precedent”, adding: “This ruling should raise alarm not only for press freedom advocates, but for anyone concerned about the dangers of government is reaching out for what the public can and cannot know.”

The Appeals Division reviews decisions by judges in the New York courts, but the state’s highest judicial body, the New York State Court of Appeals, could ultimately hear the arguments in the case.

The injunction stemmed from a libel lawsuit filed against The Times by Project Veritas in 2020, which the paper accused of defamation.

Aside from the lawsuit, the Justice Department began an investigation into Project Veritas and its provocateur leader, James O’Keefe, for his possible role in the theft of a diary belonging to Ashley, President Biden’s daughter.

In reporting on the investigation, The Times cited memos prepared by a Project Veritas attorney that predated the libel lawsuit and outlined strategies to ensure the group’s reporting tactics remained legal. (Project Veritas often engages in deceptive practices, including using false identities and hidden cameras to embarrass liberals, the news media, and others.)

Ms Locke, the attorney for Project Veritas, said last week that Justice Wood’s order “affirms the sanctity of the attorney-client relationship”, accusing The Times of being “a means of prosecuting a partisan political agenda.”

First Amendment attorneys and press advocates have argued that by limiting The Times’ ability to report on Project Veritas’ activities, Justice Wood violated the newspaper’s rights to speak and effectively ruled on who and what The Times could report on.

Calling for a suspension of the requirement to surrender and destroy documents, The Times told the appeals court that such actions “is impossible to reverse, even if this court subsequently grants The Times’ appeal in full, and thus will be in the most literal sense of the word. would irreparably damage The Times’ ability to research and report to the public on Project Veritas.”