Kodi Smit-McPhee on Quiet Confidence, Chronic Pain and ‘The Power of the Dog’ 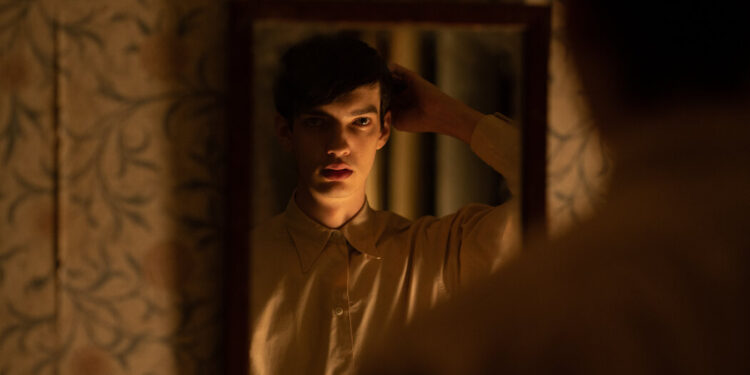 This interview contains major spoilers from ‘The Power of the Dog’.

When it came to Kodi Smit-McPhee’s performance in “The Power of the Dog,” the film’s director, Jane Campion, always wanted more.

more lisp. More stealthy, fox-like body movements. And – damn it – more comb! (His character runs his fingers through the teeth of a comb when he’s anxious.)

“I always thought ‘This is too much,'” said Smit-McPhee, 25, his willow-like six-foot-tall frame and wide-open eyes that fill the screen during a video call from his family’s home in Melbourne, Australia. “But I tend to subconsciously downplay my characters, so it’s a constant that directors ask me to step it up a bit.”

Smit-McPhee’s character, Peter, is the quiet heart of Campion’s western, now in theaters and streaming on Netflix: a shy teen who both annoys and brings out the softer side of a masochistic cowboy, Phil (Benedict Cumberbatch), who raises cattle. in rural Montana in the 1920s. (The film was shot in Campion’s native New Zealand.)

“I think the first impression is, ‘This kid is obviously light-hearted, so delicate, possibly naive,'” said Smit-McPhee, who, in a black T-shirt and ball cap, is actually confident and philosophical. life. “But we find out that he has a greater power in front of him.”

While Smit-McPhee read the script and Thomas Savage’s 1967 novel, he reveled in the role’s ambiguity, which allowed him to come up with his own interpretation of Peter’s rationale. He worked with an accent specialist, an exercise coach, and did meditation and dream work, all to challenge himself to deliver the most nuanced performance.

“Jane pushed me to explore new territory,” he said. “It only took a few nights before I went to bed and thought, ‘I have to commit myself to this.'”

The role is the latest in a career built on sensitive, curious characters. Smit-McPhee first stood out as a son navigating a post-apocalyptic hellscape with his father in the 2009 adaptation of Cormac McCarthy’s “The Road,” before playing a bullied boy who falls in love with a vampire in the horror novel “Let Me”. In” from 2010 and the devilish yet friendly Nightcrawler in the recent “X-Men” movies.

In an hour-long conversation, Smit-McPhee discussed how his struggle with chronic pain helped him in terms of Peter’s outsider status and what he thinks of the film’s ending. These are edited fragments.

The first time you met Jane Campion, in Los Angeles in 2019, she asked you to have a conversation in character as Peter. How was that?

It was very liberating and forgiving compared to other auditions I’ve done. From a director’s perspective, you get to see how much this actor understood the character’s psyche and filled in the blanks in the script. I tried to get as far away from my own thoughts as possible.

Where do you recognize yourself in Peter?

Physically, the people around him tend to find him a little weak or not man enough. That’s something he had to deal with 100 years ago, and we’re still dealing with it today – negative effects on how you see yourself if you’re told you’re not strong enough, or if people think you’re not. take. But in the same breath, understanding the value you add to the world and others will give you confidence and love for yourself.

In one scene, he dissects a rabbit he killed in his bedroom. Are you a prude when it comes to blood?

Despite not being a pillar of traditional masculinity, Peter is remarkably confident. Where does that confidence come from?

I believe it has a lot to do with the environment he grew up in, which was very remote and isolated, as well as his experience of trauma – he had to physically knock down his own father when he committed suicide. Being isolated, he had no expectations of others to live up to in terms of how he coped with his trauma.

When you were 16, you were diagnosed with: ankylosing spondylitis, a medical condition that causes vertebrae to fuse together, causing chronic pain. Did you recognize Peter’s feeling of being an outsider?

Absolute. I wasn’t as physically able as other children, and that brought me a lot of grief in my early years before I learned to cope. But I used the chronic pain and the emotions to make me curious about my pursuit. I was in libraries a lot; I would find piles of books about things that transformed apathy into a sense of control or freedom. But my knowledge didn’t help me become someone who wasn’t an outcast, it just made me grateful that I was an outcast because of where it took me intellectually, spiritually and physically.

While shooting the film, your vision in your left eye was impaired due to a severe cataract related to your condition — meaning the scene where you catch a matchbox must have been quite difficult.

They just let the camera roll, and it probably took me 20 times to get the matchbox because I don’t have a depth perspective – every time someone hands me something I think it’s closer than it actually is. But eventually I got it, and it was without giggling, so that’s good!

Did you have discussions about your characters, or let the dynamics play while you were at it?

We had a very, very in-depth discussion about our characters – there’s so much going on that’s internalized, so it was about talking about all these things that are ambiguous in a lot of ways in the script and the book.

Kirsten [Dunst, who plays Peter’s widowed mother, Rose] and I had the idea – it’s not in the book at all, and I have to be clear about that because it would change the whole story – that Peter actually killed his father. It was our little secret that would create a strange bond between them that would translate, but the audience wouldn’t know how to put their finger on it. But apparently some people put their finger on it right away!

What do you think of the ending?

Peter completely killed [Phil] with the anthrax. And he hasn’t necessarily mapped it out from A to Z, he’s someone who really acts on the moment.

Is he attracted to Phil?

I’m still not sure if Peter started feeling his own intimate and sensual feelings towards Phil, or if that was all just a means to his own ends, but it does create a deeper layer that Peter was exploring his sexuality and maybe discovered himself in Phil and had to sacrifice his love for him.

Do you think Peter’s mom knows he killed Phil?

I think Rose knows and won’t ask. The same goes for Jesse Plemons’ character – when he hears about anthrax, he knows that Phil would never touch anything that has anthrax because he is so well educated in those areas. People don’t ask what they already know.

“The Power of the Dog” wasn’t the only movie you shot close to home during the pandemic — you also play singer Jimmie Rodgers in Baz Luhrmann’s Elvis biopic, filmed in Australia and scheduled for next summer. What was it like jumping from a western to the glitz of a Luhrmann movie?

On my first day on set, I just had to be in the background of a scene, but then Baz Luhrmann said, “I have a great idea, I want you to stand on the table and sing.” And he gave me the option to say yes or no, but especially after working with Jane, I said yes. Just don’t think about what others are going to think.

What would your dream role be?

I’m a big fan of surrealism, so it would be cool to play Salvador Dalí — I think I kind of resemble him in a way.