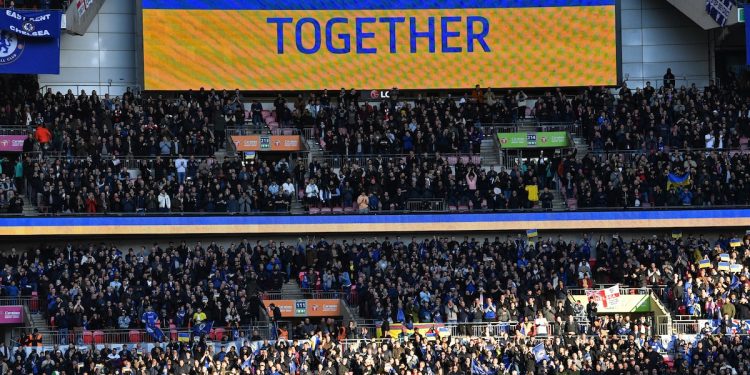 Liverpool and Chelsea players showed their support for war-torn Ukraine ahead of Sunday’s League Cup final at Wembley. Amid the Russian invasion of his neighbour, Chelsea skipper Cesar Azpilicueta and Liverpool captain Jordan Henderson carried flowers in the country’s yellow and blue colors onto the pitch for kick-off. Both teams applauded for a minute as the stadium scoreboard read “Football Stands Together” in yellow and blue. Liverpool and Chelsea fans were seen holding Ukrainian flags in their areas of Wembley.

A supporting banner in the blue and yellow colors of Ukraine read “You’ll never walk alone” in reference to Liverpool’s national anthem.

Wembley’s iconic arch was lit up in Ukrainian colors on Saturday night.

Chelsea said in a statement on Sunday that the club prayed for peace in the wake of the invasion. But they were criticized for not mentioning Russia in the short message.

Chelsea boss Thomas Tuchel said the statement, calling the situation “horrific and devastating”, reflected the views of everyone at the club, including their Russian owner Roman Abramovich.

“He is absolutely inclusive and this reflects my opinion, as does everyone in the club,” Tuchel said on Sky Sports.

Asked if he had spoken to Abramovich since Saturday’s statement in which the billionaire said he transferred “stewardship and care” of Chelsea to the club’s charitable foundation, Tuchel added: “No, we haven’t and this is usual.”

Abramovich, who remains the owner of the club, made the move following calls in parliament to strip Russian oligarchs of their assets.

“I have daily conversations with Petr Cech and very regularly with Marina (Granovskaia) – they are in charge of football and I understand they will be in charge, so it won’t change much for me,” said Tuchel.

Tuchel left struggling Belgian striker Romelu Lukaku on the bench for a second consecutive game when he chose Kai Havertz after the German scored against Lille on Tuesday.

At Liverpool, Naby Keita replaced Thiago Alcantara after the Spanish midfielder was injured in pre-match warm-up.

Liverpool eventually defeated Chelsea 11-10 on penalties to win the League Cup final at Wembley on Sunday after the game ended 0-0 after extra time. Both teams were frustrated that goals were disallowed by VAR for offside and neither was able to break the deadlock in 120 minutes of action. Liverpool scored all 11 penalties, but Chelsea goalkeeper Kepa Arrizabalaga, who came on as a substitute for the shootout, failed to score. 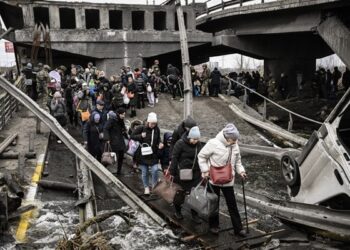