Let’s look back at 2021, when we couldn’t stop looking back 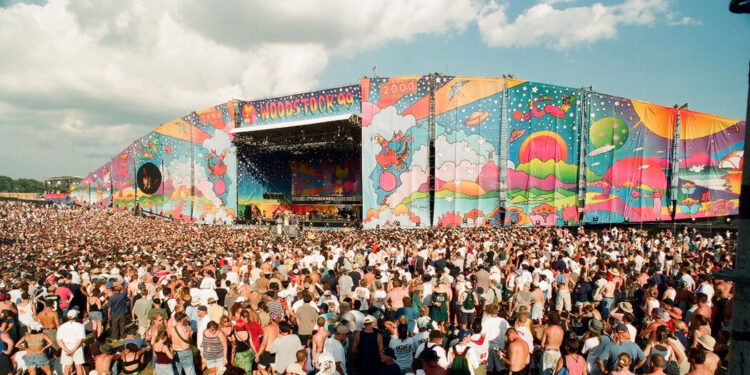 I wonder if there’s something like the opposite going on now: the lure of presentism causes people to romanticize contemporary perspectives at the expense of an overly vilified past. It’s inconvenient to stay in gray areas, admit blemishes, acknowledge blind spots – it’s better to have a 100-minute documentary or a four-part podcast to enable us to do something we get wrong the first time to “reconsider” neatly, so we never have to think about it again.

But believing in the linear, one-dimensional narrative that Woodstock ’99 or misogynistic media coverage of Britney Spears can only be seen in retrospect is ignoring the fact that many people were uncomfortable with these phenomena as they happened. To dutifully play a late-night horror about how tabloids wrote about Spears in the early 2000s, what macho rock culture was like in the late 90s, how gleefully racist white people listen to hip-hop used is, in a sense, a comforting fiction to believe that all these problems have been solved once and for all.

The past was imperfect, yes, but so is the present. Inevitably, the future will be too. The lesson to be learned from all this rethinking is not necessarily how much wiser we are now, but how difficult it is to see the biases of the present moment. In any case, this review should be a reminder to stay vigilant against presentism, conventional wisdom, and the numbing orthodoxy of groupthink. They invite us to wonder about the blind spots of our current cultural moment, and to watch out for the kind of behavior and assumptions that twenty years from now will seem myopic enough to appear in a kitschy montage about how things were. .

The best film I saw this year broke this cycle, essentially by presenting a different, more harmonious way in which the past and the present coexist. Todd Haynes’ remarkable and compelling documentary “The Velvet Underground” didn’t so much portray the past through the narrow critical lens of the present, but instead evoked its own visceral temporality—much like Andy Warhol did in his own slow, strange art. movies.

I didn’t live in 1967, the year the Velvet Underground released their debut album, but for an intoxicating and hypnotic two hours I could have sworn it was me. Split screen images suggested the validity of multiple truths. The blaring brilliance of the music rained naturally and didn’t need to be over-explained by talking heads. Lou Reed, John Cale, Nico and Moe Tucker all seemed, at different times, geniuses and jerks. Neither glorified nor condemned, 1967 came to life and seemed about as wonderful and terrible a time to be alive as 1999 or 2021. Or, it goes without saying, 2022.