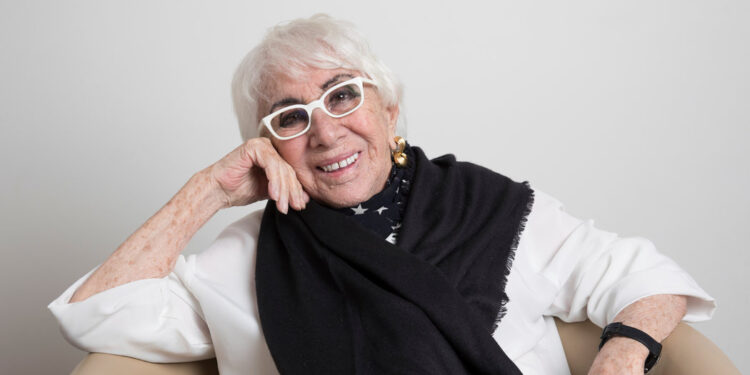 Lina Wertmüller, who combined sexual warfare and left-wing politics in the provocative, genre-defying films “The Seduction of Mimi,” “Swept Away,” and “Seven Beauties,” which made her one of the most original directors of the 1970s, died overnight at her home in Rome, Italy’s culture ministry and LaPresse news agency said Thursday. She was 93.

Culture Minister Dario Franceschini said in a statement that Ms Wertmüller’s “class and unmistakable style” had left its mark on Italian and world cinema, The Associated Press reported. “Grazie, Lina,” he said.

She was the first woman to receive an Academy Award nomination for Best Director, for “Seven Beauties” (1975).

Mrs. Wertmüller, an Italian despite the German-sounding surname, stormed into the cinema world with a series of quirky films that propelled her to the forefront of European directors. They all had screenplays written by her, and most relied on the talents of her two favorite actors: Giancarlo Giannini, usually cast as a hapless male chauvinist who is a victim of the injustice of Italian society and bewildered by women, and Mariangela Melato as the always difficult and complicated love interest.

In the broad sense, Mrs. Wertmüller was a political filmmaker, but no one could ever quite figure out what politics was. A vivid sense of human limitations tempered her natural tendency toward anarchy. The struggle was noble and the social fabric rotten, but the outcome was always questionable.

Outdated codes of honor undo the title character in “The Seduction of Mimi,” a dim-witted Sicilian worker played by Mr. Giannini, whose neglected wife unleashes a sexual revolt. In “Swept Away” (1974), Mrs. Wertmüller turned the Italian power structure upside down by giving the humble sailor Gennarino (again Mr. Giannini) absolute power over the rich and arrogant Raffaella (Mrs. Mercato) after a shipwreck.

After being dominated and mistreated, Gennarino turns the tables, and Raffaella becomes his adoring slave – until the two are rescued and the old order reaffirms itself. Feminists objected. With a typical bit of obscurity, Ms Wertmüller explained that since Raffaella embodies bourgeois society, “therefore she represents the man”.

In “Seven Beauties” (1975), Mrs. Wertmüller again aroused outrage by using a German concentration camp as the setting for a grim comedy, with a farcical undertone. This time Mr. Giannini Pasqualino Farfuso, a cowardly Neapolitan deserter and hermaphroditic charmer who, determined to survive at all costs, seduces the sadistic female commander of the camp and, led by her, murders other prisoners. Critics were divided on the film’s merits, but it earned Ms Wertmüller the Oscar nomination. It wasn’t until 1994, when Jane Campion was nominated for “The Piano,” that another woman would be nominated.

Mrs Wertmüller’s reputation, always higher in the United States than in Europe, remained uncertain. With ‘Seven Beauties’, wrote the critic John Simon, Mrs. Wertmüller ascended ‘to the highest echelons of cinema, in the company of the most important directors’. The critic David Thomson, on the other hand, attributed her American popularity in the 1970s as “probably unavoidable in a country hungry for a female purveyor of clever cultural artifacts.”

And her kind of sexual politics met with hostility from critics like Pauline Kael, Molly Haskell and Ellen Willis, who called her “a misogynist pretending to be a feminist.”

Small and articulate, with a bright smile and instantly recognizable white-rimmed glasses, Mrs. Wertmüller disarmed criticism by unleashing verbal torrents of explanation in an eerie alto. Vincent Canby, after listening to her on a publicity tour for her first English-language film, “The End of the World in Our Usual Bed on a Night Full of Rain” (1978), wrote in DailyExpertNews that she spoke “with enthusiasm and so long and so clear that (to vary an old Hollywood joke) it seems like Warner Brothers would do better to scrap the film and distribute the director.”

Arcangela Felice Assunta Wertmüller von Elgg Spañol von Braueich was born on August 14, 1928 in Rome to a family of noble Swiss descent. Her mother was the former Maria Santamaria-Maurizio; her father, Federico, was a successful lawyer and a domestic tyrant with whom she had constant quarrels. After earning a teaching degree, she paid off her bets by simultaneously enrolling in law school and a Stanislavskian drama academy in Rome. Theater won.

In the 1950s, Mrs. Wertmüller toured with a puppet theatre, wrote musical comedies for television and worked as an actress and stage manager. Her best friend, married to Marcello Mastroianni, introduced her to Federico Fellini, who hired her as an assistant director on “8½”, a life-changing experience that opened up the film world to her.

In 1963 she directed her own film, ‘The Lizards’, a study of provincial life along the lines of Fellini’s ‘I Vitelloni’. It was followed by the idiosyncratic Let’s Talk About Men (1965), a study on sexual politics that foreshadowed her later explorations of the subject.

Mrs. Wertmüller’s long association with Mr. Giannini began in television, when she directed him in the musical “Rita the Mosquito” (1966) and its sequel “Don’t Sting the Mosquito” (1967), whose art director, Enrico Job, she married in 1968.

Mr. Job died in 2008. Information on survivors was not immediately available.

In the 1970s, Mrs. Wertmüller was presented with two of her richest subjects: the changing sexual politics caused by feminism and the increasing political turbulence in Italy, as old social structures and attitudes succumbed to the pressures of modernity. Chosen as the official entry at the Cannes festival in 1972, “The Seduction of Mimi” immediately established her as an important new filmmaker. “Love and Anarchy” (1973), with Mr. Giannini playing a bumbling country boy who tries to kill Mussolini, and the social satire “All Screwed Up” (1974), cemented her reputation for quirky political films mixing tragedy and farce .

Somewhat paradoxically, her career declined sharply after the Academy nomination, although she received an honorary Oscar for her work in 2019 and was the subject of a documentary, “Behind the White Glasses” in 2016.

“The bubble seemed to burst,” British critic Derek Malcolm told The Guardian, adding that “she couldn’t do anything right.”

The titles of the films grew even longer, and the critical reaction became more and more hostile. “The End of the World,” starring Candice Bergen as an American photographer and feminist engaged in a marital battle with an Italian communist played by Mr. Giannini, was flatly dismissed as raw and incoherent. Each subsequent film seemed to confirm Michael Wood’s observation in The New York Review of Books that Mrs. Wertmüller’s work displayed “a stunning visual intelligence accompanied by a great confusion of mind.”

By the early 1990s she had qualified for inclusion in Variety’s “Missing Persons” column. “Ciao, Professore” (1994), about a teacher from Northern Italy who was accidentally transferred to a poor school near Naples, suggested a return to form, but on a small scale and with an unexpected sweetness. For perhaps the first time in her career, Mrs. Wertmüller was accused of sentimentality.

To this, as to all criticism, she responded by invoking the ultimate authority: herself. Her movies, she liked to say, were made to please an audience of one, and her methods were intuitive.

“I’m only sure of things because I love them,” she said. “I was born first. Only then will I discover.”