Luxury cars, cigars, a villa among Maradona items for sale on Sunday 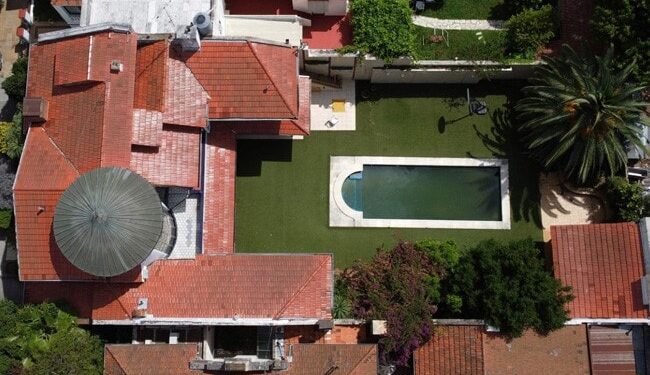 From a tie to two BMW cars to a box of Cuban cigars—not to mention his parents’ house—nearly 90 items that once belonged to the late Argentine football superstar Diego Maradona will go out on the virtual auction block in an international sales run on Sunday. Buenos Aires.

“Right now we have 1,120 people registered and able to bid in the auction,” Adrian Mercado, the organizer of the sale, told AFP on Saturday.

The 87 lots on offer will have a minimum bid of $50 to $900,000, he said. The Argentine authorities have ordered the sale in accordance with the heirs of the 1986 world champion’s estate.

“The kids made a great selection of his stuff,” Mercado says. “The most emotional, items with great memories, of great passion, will be kept by the family.”

The house up for auction, in the Villa Devoto neighborhood of Buenos Aires, is the house that Maradona gave to his parents in the 1980s when “Number 10” played for the professional team Boca Juniors.

“The years went by, the clubs, the stories and the World Cups, but the house on Cantilo (street) was always Maradona’s place,” reads a message on the website promoting the auction.

Far from the humble house in a poor neighborhood where Maradona was born in 1960, the villa he gave his parents and where they lived until his death on November 25, 2020 is comfortable, if not luxurious, and includes a swimming pool. A minimum bid of $900,000 has been set for it.

Also for sale are a treadmill Maradona used while living in Dubai while coaching a team there (minimum $3,500), a photo of the soccer star with the late Cuban leader Fidel Castro ($400), and a Cuban cigar humidor ($300). ).

However, a handwritten letter signed by Castro is not sold, despite previous expectations.

Ties, caps, boots and sports equipment, as well as six televisions, furniture, fitness equipment, paintings and photographs round out the items being auctioned by Judge Luciana Tedesco.

The proceeds will go towards the debts and expenses of the estate, but not to Maradona’s heirs. The courts will decide how to dispose of the unsold items.