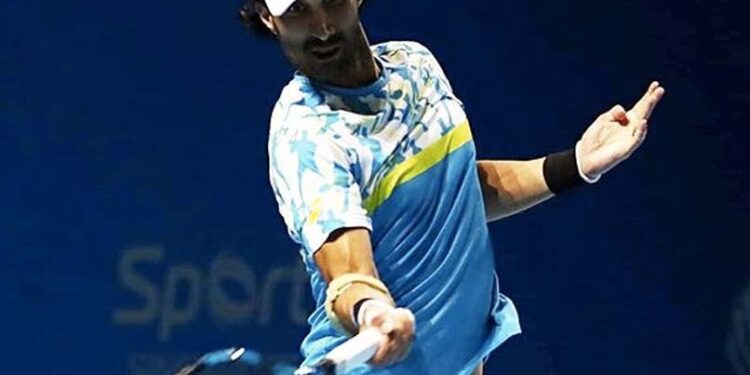 India’s Yuki Bhambri recorded a sensational come-from-behind victory over Slovakia’s Jozef Kovalik on Monday in the opening round of the men’s singles of the Tata Open Maharashtra tennis tournament. The 29-year-old Indian, who started straight into the main draw in the only ATP 250 game in South Asia, took a 6-7 (10), 6-2, 7-5 win in his opener. After losing the hard-fought first set, the former junior world number one who recently made a comeback to the international circuit after a two-year hiatus due to injury, the second leading 2-0 and saw looking good.

He didn’t let the momentum shift before packing the set with ease and leveling the scores.

In the decider, the Delhi-born player converted a breakpoint to 3-3 and then added another setpoint to keep himself ahead of the game.

Although the 29-year-old Slovak tried his best to make a comeback in the competition, Bhambri kept his nerves in check and made the decision to advance to the second round.

Prajnesh Gunneswaran is the other Indian to play in the main singles tournament later on Monday. He will compete against fifth seeded German Daniel Altmaier.

Previously, France’s Quentin Halys sent off the world’s No. 82, Lithuania’s Ricardas Berankis, with a stunning 6-1, 6-2 win.

World No. 141, France’s Halys, seemed quite confident against the higher-ranking opponent, as he barely gave Berankis any chances.

In the other round-of-32 match, former World No. 39 Moldovan Radu Albot faced a tough challenge from Federico Gaio of Italy in the second set but managed to sail on with a 6-2, 7-6 (7-3) win.

Meanwhile, Australian duo Like Saville and John-Patrick Smith lived up to expectations by beating Stefano Travaglia and Bernabe Zapata Miralles 6-1, 6-4 in straight sets.

In the other opening round of doubles, French duo Sadio Doumbia and Fabien Reboul defeated third-seeded pair Szymon Walkow and Jan Zielinski 6-3, 7-6 (7-5) to advance to the quarter-finals.