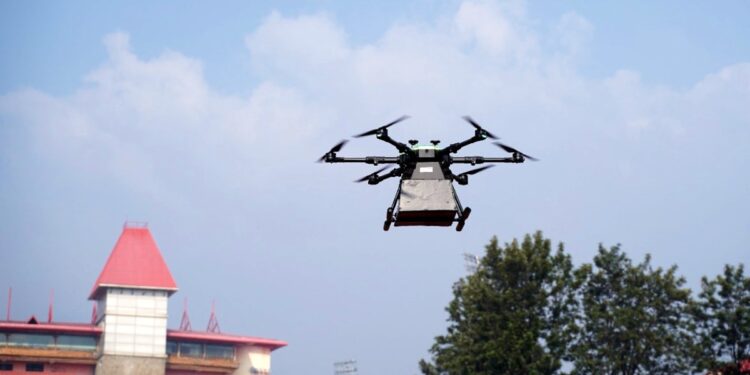 The Palghar district administration in Maharashtra conducted an experiment, in which it used a drone to deliver doses of COVID-19 vaccines to a remote village in a rugged terrain, the top official said.
The experiment, which was successfully conducted Thursday, is likely the first of its kind in the state, said district collector Dr. Manik Gursal, who coordinated the process.

“As part of the exercise, a batch of 300 vaccines was transported from Jawhar to the village of Zaap. The task, which would otherwise have taken over 40 minutes, was completed in just over nine minutes. The vaccines were delivered to the local public health center the district administration said in a release released Friday.

The distance between the two points is about 20 kilometers, an official said.

District Health Officer Dr. Dayanand Suryavanshi said this could become possible with the help of private entities that came forward to help.

“This will greatly contribute to the vaccination campaign as the doses can now be easily sent to the villagers who find it difficult to reach the vaccination centers. To some extent it will also help dispel the misconceptions regarding vaccination take it off people’s minds,” he said.