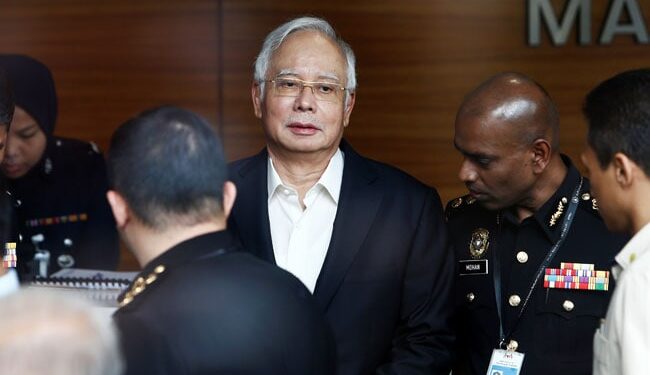 A Malaysian appeals court on Wednesday upheld the conviction and 12 years in prison of former leader Najib Razak for the multi-billion dollar 1MDB scandal that contributed to the fall of his government in 2018.

“We reject the complainant’s appeal,” Judge Abdul Karim Abdul Jalil told the appeals court in the administrative capital of Putrajaya.

“We affirm the Supreme Court’s conviction on all seven charges.”

The 68-year-old was found guilty on all charges last year in the first of several trials he faces in connection with the looting of the state wealth fund 1Malaysia Development Berhad.

Najib and his cronies were accused of stealing billions of dollars from the investment vehicle and spending it on everything from high-end real estate to expensive art.

The first trial involved the transfer of 42 million ringgit ($9.9 million) from a former 1MDB unit to Najib’s bank accounts.

The ex-prime minister is now expected to file a final challenge with Malaysia’s highest court and could remain out on bail until that appeal is completed.