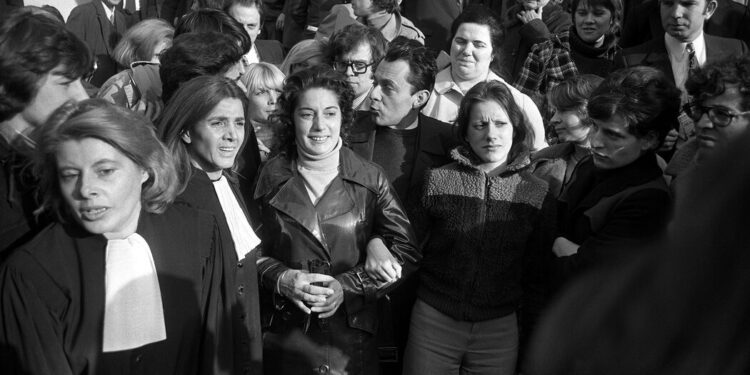 When the verdict was handed down, Ms Chevalier was fined 500 francs and released as activists chanted her name in the street. Four others, including her mother, had been charged as accomplices and were acquitted.

The case, with its young protagonist and high-profile lawyer, became a cause célèbre and a catalyst in the feminist campaign to overthrow the law. Among those taking part was Simone Veil, the French health minister and an Auschwitz survivor. She endured an avalanche of personal attacks, but kept pushing for change. And on January 17, 1975, France enacted the veil law, decriminalizing abortion.

This was two years after the U.S. Supreme Court legalized abortion in the United States in Roe v. Wade. As in France, it took another pregnant woman, a Dallas waitress named Norma McCorvey – under the pseudonym “Jane Roe” – to challenge the law and win a big win for women.

While Mrs. Chevalier was proud of the effect her case had had, she abhorred the publicity and eschewed the idea of ​​exploiting it for fame or profit. “It’s not my style to build on what ruined me,” she said in a rare 2019 interview with the French newspaper “Libération”.

Yet her story has been packaged and repackaged for public consumption by the media, in a radio series, a television movie and theater productions, including a 2019 play at the Comédie-Française, called “Hors la Loi” (“Outlaw”). A blue metal walkway in front of Bobigny court was dedicated in her name.

But she was haunted by the experience, from the rape and abortion to the trial.

“Time has passed, and yet it’s still there, buried in my memory,” she said in the 2019 interview. “All it takes is a little thing to wake it up.”

Marie-Claire Chevalier was born on 12 July 1955 into a working-class family in Meung-sur-Loire, near Orléans.