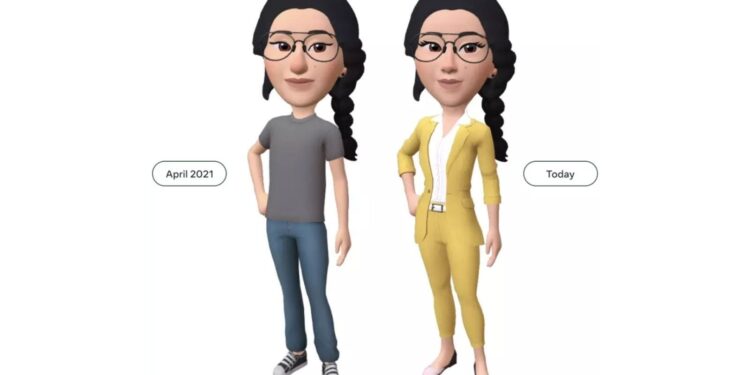 Facebook and Instagram parent Meta has started introducing 3D avatars for Instagram Stories and direct messages, as well as updating existing avatars in Facebook and Messenger. The new 3D avatars are seen as the company’s first step in imagining people’s appearances for the famous metaverse. The new avatars have only been launched for users in the US, Canada and Mexico. These appear as people’s appearance in stickers, feed posts, Facebook profile pictures and more on Meta’s platforms and services.

The new 3D avatars on Instagram will feature new face shapes and aids such as implants, hearing aids, wheelchairs and more to include users with disabilities, the company said in a blog post. “Since unveiling our long-term vision of the metaverse at Connect 2021, we’ve continued to build on this next evolution of social technology, building a future where you can sit in the same room with loved ones thousands of miles away. or, of course, collaborate with a talented team spanning the globe,” Aigerim Shorman, Meta’s general manager for avatars and identity, said in the blog post. Meta CEO Mark Zuckerberg also spoke about the 3D avatars. In a post, he said: “one day you have multiple avatars ranging from expressive to photo-realistic.”

The avatars further Meta’s foray into the metaverse. The company described metaverse in its blog post as “an interconnected digital world, one that bridges VR and AR, but also more familiar platforms like your phone and computer.”

As part of a preview of the metaverse, Meta also showed demos of its Codec Avatars and real-time rendering of the environment at its Facebook Connect event in October. Now it is reported that Meta is preparing to unveil his metaverse in the coming weeks or months. On Monday, Meta also introduced Super Bowl LVI-themed t-shirts for avatars across all of its platforms.