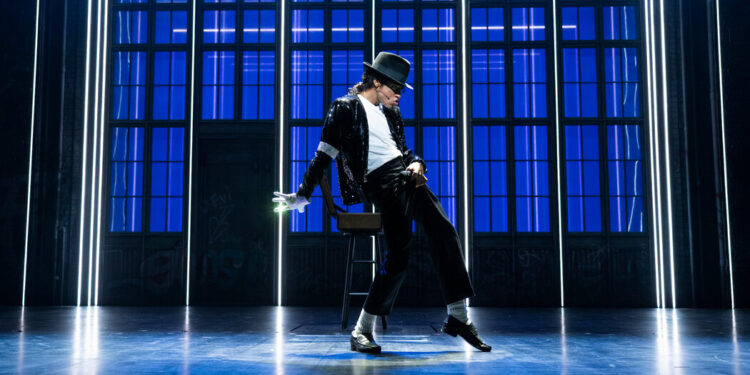 In an April 2019 interview, a month after HBO released the documentary, Nottage and Wheeldon said they remained committed to the project but were still processing their reactions to the documentary. Neither would say whether they thought Jackson was a child molester, and both said they didn’t see judging that question as their part.

“This is challenging, of course — it certainly doesn’t make this without complications — but part of what we do as artists is responding to complexity,” Wheeldon said. He added: “We’re sensitive to what’s going on and we’ll see if it works in the show or not. But the primary focus of our show has always been on Michael’s creative process.”

Nottage said she aspired to “make a musical that anyone can come to, no matter how they feel about Michael Jackson.”

“I see the artwork we create as a way to better understand Michael Jackson and process feelings,” she said, “and that’s ultimately what theater can do.”

On Tuesday, when asked about the show’s narrative choices, Rick Miramontez, a spokesperson for the musical, noted that Jackson remains “a global cultural icon,” saying, “The producers hope the work, performance and stories of The show’s talented Broadway creators, who have collaborated on this production since 2016, will make a valuable contribution to the ongoing exploration of the artistry, creativity and music of one of the most controversial and consistent performers of modern times. ”

The musical, which currently contains a staggering 37 songs (some performed in their entirety, and others as excerpts), has one reference to concerns about Jackson’s proximity to children, when one of the singer’s managers asks another employee, “Who the hell is this family does he want to go on tour?”

And then, at a press conference, as reporters pelt Jackson with questions about his surgeries, his skin color, and so on, one asks, “What have you got to say about the recent allegations that you —” without finishing the thought.