Microsoft is launching a charm offensive to push through its Activision deal. 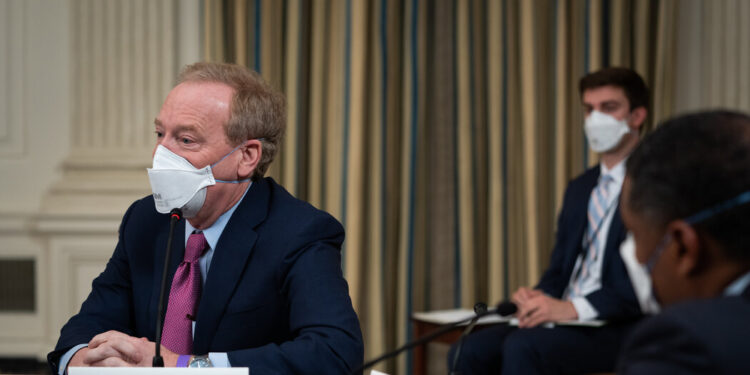 Microsoft launched a charm offensive in Washington on Wednesday to get government approval for its $70 billion deal to buy video game company Activision Blizzard, saying it would not give preferential treatment to its own games in its app stores.

Satya Nadella, the CEO of Microsoft, and Brad Smith, the president, said at a news conference in Washington that they planned to meet with officials to discuss the deal. Mr. Smith said he had “shared where we’re going with members of Congress” and that the company had “meetings with people in the think tank community and the like.”

Regulators are expected to give Microsoft’s proposed acquisition of Activision – the largest in Microsoft history – a harsh assessment. The deal would combine Activision, which has games like Call of Duty and World of Warcraft, with Microsoft’s Xbox operation, which publishes hits like Halo and makes consoles and game subscription services.

To get ahead of that investigation, Microsoft executives brought with them a list of promises.

“We are proposing to write the largest check in Microsoft history for $68 billion and we will only be allowed to write that check if 17 governments around the world approve that transaction,” said Mr. Smith. “We want to make it clear to regulators and the public that if this acquisition is approved, they can count on Microsoft to adapt to the new rules.”

They recognized the enormous challenge of getting their blockbuster deal approved at a time of heightened scrutiny of major tech companies by the Biden administration. Lina Khan, the chairman of the Federal Trade Commission, is a critic of tech giants such as Amazon and Meta, the parent company of Facebook.

Under her, the agency has filed a lawsuit to block chipmaker Nvidia’s acquisition of Arm, and she has vowed to be more aggressive in investigating more mergers and acquisitions. She began a process to tighten the standards for so-called vertical mergers, including Microsoft’s bid for Activision, a combination of two companies in a supply chain.

Microsoft may also face challenges abroad. Regulators in Britain and the European Union have been even more aggressive in bringing antitrust lawsuits against the tech giants or blocking their acquisitions.

Microsoft has said Activision will help it compete in the nascent business of the so-called metaverse, or virtual worlds where some tech companies believe people can work and play.

Nadella said the main message was that Microsoft would not dominate gaming if the merger were approved. The company would become the third largest video game provider with about 13 percent of the market, he said.

“In traditional times, it wouldn’t be of interest to anyone to be number three in a highly fragmented market,” says Nadella.

Mr. Smith said Microsoft had expressed its support for antitrust legislation to show members of Congress that the company would not fight what it saw as unavoidable regulations.

“We are not in the world of 2018 and 2019,” he said. “We recognize that there will be more investigation into major allegations from a major technology company. It behooves us to act swiftly and transparently and be clear about how we handle this.”