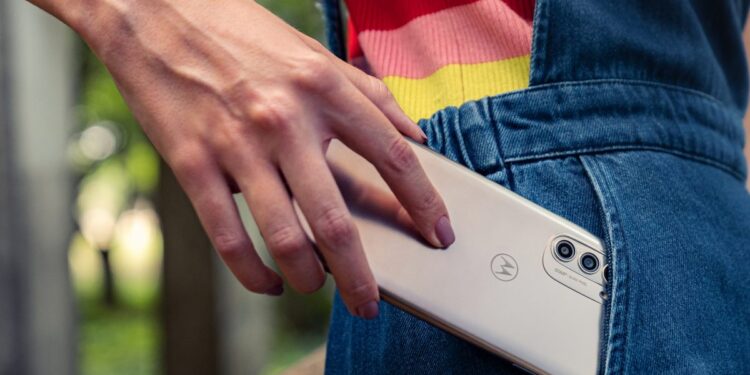 Motorola is tipped to launch two new smartphones in India in the first quarter of 2022. One of the new Motorola phones is said to be based on Qualcomm’s top-of-the-line Snapdragon 8 Gen 1 SoC that was unveiled last week. It could be a new flagship model from the Lenovo-owned company and perhaps the Moto Edge X30 that will initially come to China later this month. Motorola’s second phone might just be a mid-range Moto G phone with a rebadge.

Citing those familiar with the matter, 91mobiles reports that Motorola plans to launch two new Moto phones in India in the first quarter. One of them would be based on the Snapdragon 8 Gen 1 SoC that debuted earlier this month at Snapdragon Tech Summit 2021.

In addition to the new flagship, Motorola may be planning to expand its range of mid-range smartphones in India with a new model. It could be a Moto G phone.

Motorola unveiled the Moto G200, Moto G71, Moto G51, Moto G41 and Moto G31 in Europe last month. Among these models, the Moto G31 was launched in the country last week. Motorola will also launch the Moto G51 in the Indian market on December 10.

The new phone to arrive in Q1 2022 is therefore speculated to be one of the remaining models in the Moto G series. The Moto G71 appears to be a potential candidate as the same model is said to have appeared in the Bureau of Indian Standards (BIS) database in the recent past.

It’s safe to take the reported details with a grain of salt, as official confirmation on the new phones is yet to come.