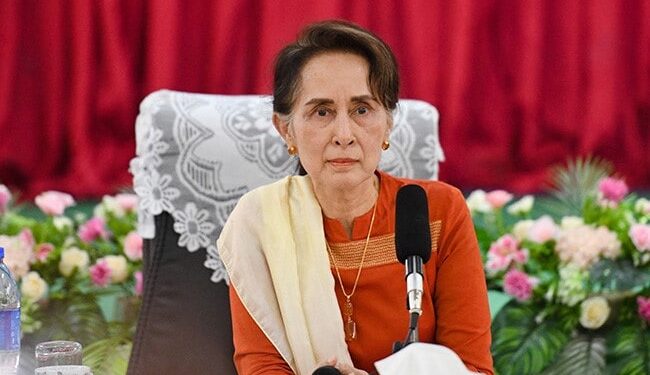 Myanmar’s junta has charged Aung San Suu Kyi with influencing election officials during 2020 polls, a source said Monday, a year after it staged a coup over massive voter fraud.

Suu Kyi, 76, has been detained since the Feb. 1 coup that sparked mass protests and a bloody crackdown on dissent that killed nearly 1,500 civilians, according to a local monitoring group.

The Nobel laureate faces a range of charges, including violating the country’s official secrets laws, and if convicted on all of these charges, he could face sentences of more than 100 years in prison.

She will be tried again on charges of influencing the country’s election commission in the 2020 polls in which her party defeated a military-lined rival, a source with knowledge of the case said.

The case will be concluded in six months, the source added.

Several high-ranking members of the National Electoral Commission have also been arrested since the coup, accused of masterminding the NLD’s landslide victory.

The junta canceled the results of the 2020 election in July last year, saying it had found about 11.3 million cases of fraud.

Independent observers said the polls were largely free and fair.

The junta has promised to hold elections again by August 2023 if the country — currently torn by fighting between the military and anti-coup fighters — is restored.

Ahead of Tuesday’s anniversary of the putsch, the junta has warned that vociferous protests or sharing of “propaganda” against the military could be charged with high treason or under the counter-terrorism law.

Suu Kyi has already been sentenced to six years in prison for illegally importing and possessing walkie-talkies, incitement against the military and violating Covid-19 rules.