NASA’s perseverance may have discovered a long-dormant Mars volcano 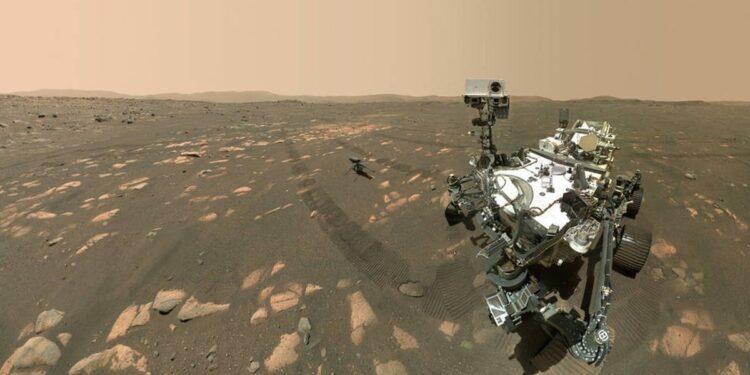 NASA’s Perseverance Mars rover has been feeding us several discoveries of the Red Planet since it landed on it in February this year. After driving around Jezero Crater for nearly 10 months, researchers are beginning to understand that the region was formed from red-hot magma, possibly from a long-dormant volcano on Mars. NASA scientists believe this discovery will lead to a better understanding of the planet’s history. In a report, NASA revealed that the crater rocks appear to have been in contact with water several times since its inception. Some organic molecules are also present in these rocks.

The NASA research team had already wondered about the origin of these rocks before Perseverance landed on Mars. Scientists speculate whether the rocks were sedimentary or igneous in nature. Now they seem to be closer to their answers.

The American space agency made this known via a tweet. The report read: “The foundation of the Jezero crater on Mars, which NASA Persevere has been rolling over for nearly 10 months, appears to have formed from red-hot magma — possibly from a long-dormant Martian volcano.”

Perseverance project scientist Ken Farley of Caltech in Pasadena said, “I began to despair that we would never find the answer.” He added: “But then our PIXL instrument got a good look at the planed piece of rock from the area nicknamed ‘South Séítah’, and it all became clear: the crystals in the rock formed the smoking gun. “

The Perseverance rover’s robotic arm is equipped with a drill that can grind several inches into rock surfaces to test their composition. Next, the robot’s Planetary Instrument for X-ray Lithochemistry (PIXL) uses X-ray fluorescence to map the elemental composition of the drilled rocks.

Last month, the rover obtained a core sample from a rock in the South Séítah region. The PIXL data revealed that the rock was unusually rich in large olivine crystals that were awash with pyroxene crystals.

Farley explained, “Such texture indicates the rock that was formed when crystals grew and settled in a slowly cooling magma — for example, a thick lava flow, lava lake, or magma chamber.” Scientists have yet to determine whether the rocks formed with surface cooling from lava or in a subterranean chamber later uncovered by erosion.