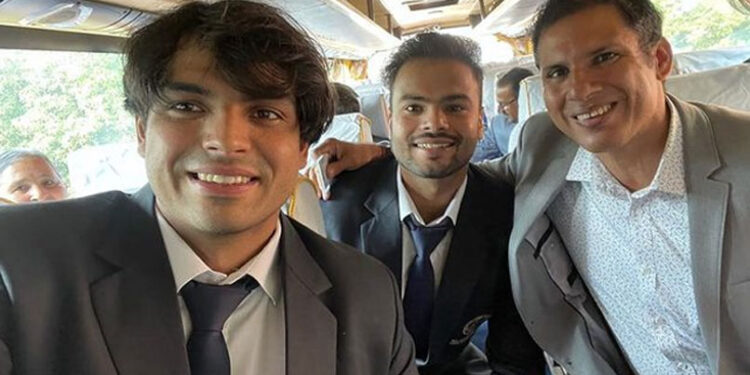 Para-athlete Devendra Jhajharia was named on Tuesday to the prestigious Padma Bhushan, the third-highest civilian honor in the country, while Olympic gold-winning javelin thrower Neeraj Chopra was one of eight athletes named for the Padma Shri award. Forty-year-old Jhajharia has won two gold medals in the javelin throwing competition of the Paralympic Games, 2004 in Athens and more recently in Rio 2016. Last year he won silver in the F46 event at the Paralympic Games in Tokyo. Chopra, the 24-year-old javelin thrower, made history at the Tokyo Olympics by becoming the first Indian to win gold at an athletic event in the history of the Games.

He also became only the second Indian to win an individual Olympic gold after archer Abhinav Bindra.

The Padma Awards are presented every year around March-April by the President of India during a ceremonial function in Rashtrapati Bhawan.