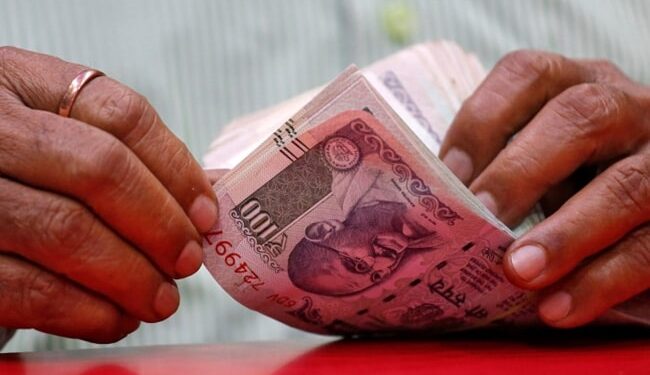 New-age tech brands such as Paytm, Zomato, Nykaa and Policybazaar led a record Rs 1.2 lakh crore through IPOs in India in 2021, even as major stock market indices jumped to new highs and brushed aside concerns about COVID .

The Indian primary market is bustling all year round. 63 companies collectively raised Rs 1,18,704 crore (15.4 billion dollars) in 2021 through IPOs. This is the highest amount raised through IPOs in a calendar year.

The record-breaking drive of the Indian primary market was led by the new age tech companies. “IPOs from loss-making technology start-ups in the new era, strong retail participation and huge profits on the exchange were the key highlights,” said Pranav Haldea, Managing Director of Prime Database Group.

One 97 Communications, the parent company of digital payment platform Paytm, has raised a whopping Rs 18,300 crore (USD 2.5 billion) through its IPO. This is the largest IPO ever in India to date. Paytm’s IPO surpassed the long-standing IPO record of Rs 15,200 crore set by the state-owned company Coal India Limited in 2010.

Though it subscribed to Paytm’s IPO 1.89 times, it made a disastrous debut in the stock market, crashing 27 percent of the issue price (Rs 2,150 per share) on day one due to high valuation and skepticism about the business model.

The second largest IPO during the year was from online food delivery platform Zomato. The company has raised Rs 9,375 crore through the IPO. It was a huge success, the IPO was registered 38.25 times. Zomato also made a stellar stock market debut, debuting at a 53 percent premium over the issue price.

PB Fintech, the parent company of online insurance aggregator Policybazaar and credit comparison platform Paisabazaar, raised 5,710 crore from the primary market. It included a new share issue worth Rs 3,750 crore and a sale offer of Rs 1,960 crore by existing shareholders. The parent company of Policybazaar and Paisabazaar was previously called Etechaces Marketing and Consulting Pvt. Ltd. The company name was changed to PB Fintech Pvt. Ltd. in September 2020 to highlight the nature of fintech companies.

PB Fintech IPO was registered 16.59 times. The company made its market debut with a 17 percent premium over the issue price.

FSN E-Commerce Ventures, which operates the online beauty e-commerce platform Nykaa, has raised Rs 5,352 crore through IPO. The IPO of the Falguni Nayar-led company was a great success. The IPO was registered 81.78 times. It also made a strong debut on the stock market, trading at a 79 percent premium to the issue price.

The first IPO of the 2021 calendar year was from Indian Railway Finance Corporation Ltd’s (IRFC), a subsidiary of Indian Railways. The IRFC IPO was the first public offering by a non-bank financial company in the railway field.

IRFC is the dedicated market borrowing department of the Indian Railways. The IPO of IRFC was registered 3.5 times. The state-owned company raised Rs 4,633 crore from the primary markets. IRFC made a lukewarm market debut with listing on the exchange at 4.23 percent off the issue price of Rs 26.

Another government-owned company RailTel Corporation of India (RailTel) raised Rs 819 crore from the primary market. RailTel’s IPO was subscribed 42 times. The company made a strong market debut and was listed at a premium of 16 percent above the issue price of Rs 94.

PowerGrid Infrastructure Investment Trust, which is sponsored by the state-owned Power Grid Corporation of India, has raised Rs 7,735 crore through IPO. This was the third largest IPO of the year. The IPO was subscribed to 4.83 times and the share was quoted at a premium of 4%.

Rakesh Jhunjhunwala-led Star Health and Allied Insurance Company has raised Rs 7249 crore through IPO. The company received a lukewarm response at the stock exchange. The share was listed at a discount of 6 percent from the issue price of Rs.900 per share.

Indigo Paints was also one of the first to go public during the year. The company raised Rs 1,176 crore from the primary market. The IPO of the fifth largest company in the Indian decorative paint industry was subscribed to 117 times. The company made a stellar market debut and was listed at a premium of 75 percent above the issue price of Rs 1,490.

India’s second largest pharmacy chain, MedPlus Health Services, had an impressive IPO with 52.59 subscriptions to the number. The company made its stock market debut with a premium of 30 percent.

The simplification of the rules by the Securities and Exchange Board of India (SEBI) has led to record fundraising by the new age tech companies, which are mostly loss making. Previous regulations required a company to have profitable records to be listed on the exchanges.

However, SEBI has changed the regulations. Now loss-making companies can also be included on the list under certain conditions. SEBI’s new regulations paved the way for the listing of new-age tech companies such as Paytm and Zomato that have a history of loss making.