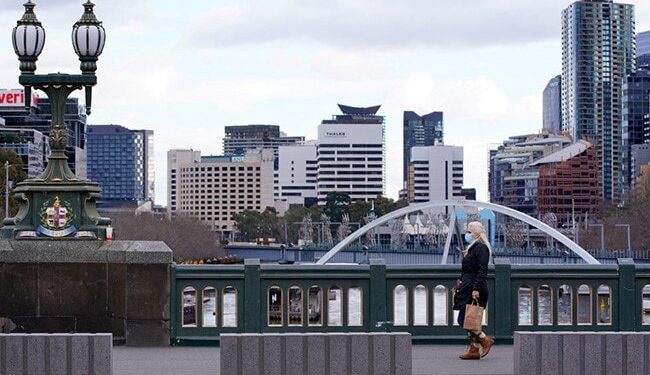 Australia reported record high new COVID-19 cases on Saturday, with outbreaks in its two most populous states, but Prime Minister Scott Morrison continued to downplay the risks as the country eases pandemic curbs.

Morrison reiterated on Saturday that the focus should be on hospitalizations and cases in intensive care and on ventilators rather than the actual numbers as the country learns to live with the virus.

So far he said the rising number of cases in New South Wales has not translated into pressure on hospitals, with just 26 people in intensive care.

“I do not agree that Australians are complacent about it. We take this incredibly seriously. It is best tackled with a calm head and a clear plan,” Morrison said at a media conference in Hobart in the island state of Tasmania.

He said Australia is not in the same situation as the UK, Europe or North America, where the number of cases is skyrocketing.

In the latest easing of pandemic curbs, fully vaccinated international travelers arriving in Sydney and Melbourne will no longer have to be isolated for 72 hours, the governments of New South Wales and Victoria said Friday.

Incoming travelers will still have to undergo a PCR test within 24 hours of arrival, but only need to isolate themselves until they get a negative test result.

“We know it’s been a challenging time for international travel with new regulations and the emergence of the Omicron variant, but this announcement is about simplifying the process and ensuring Australia’s two largest cities have a consistent approach” Dominic Perrottet, Prime Minister of New South Wales. said in a statement.

Australia slammed its borders shortly after the pandemic hit in 2020, keeping the number of COVID-19 cases low compared to other rich countries. The country has so far recorded about 239,000 cases and about 2,130 deaths.