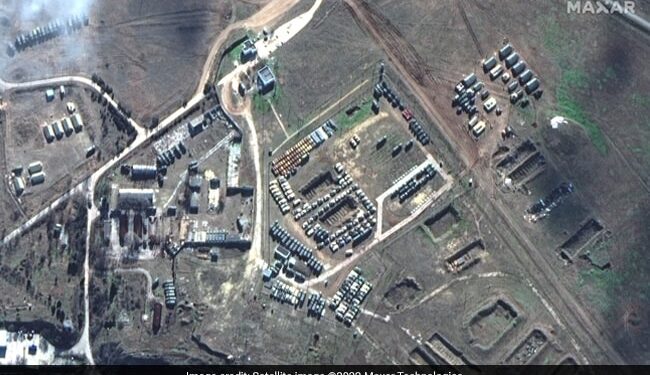 Russia is holding joint military exercises in ex-Soviet Belarus and naval exercises in the Black Sea, part of a wave of military activity near Ukraine that has fueled fears of an imminent invasion. Russia denies plans to attack.

US-based Maxar Technologies, which has been monitoring the build-up of Russian troops for weeks, said images taken on Wednesday and Thursday showed significant new deployments in several locations in annexed Crimea, western Russia and Belarus.

The images could not be independently verified by Reuters.

In Crimea, which Russia annexed from Ukraine in 2014, Maxar said it had identified a large new deployment of troops and equipment at the Oktyabrskoye airport north of the city of Simferopol, including 550 troop tents and hundreds of vehicles.

New troops and equipment also arrived near Novoozernoye in Crimea, it said, also pointing to a new deployment near the town of Slavne, on the peninsula’s northwest coast.

In Belarus, the site of major joint exercises, Maxar said it had identified a new deployment of troops, military vehicles and helicopters at Zyabrovka airport near Gomel, less than 25 km from the border with Ukraine.

A statement emailed late Thursday said a large deployment of troops and military forces recently arrived at the Kursk exercise area in western Russia, about 110 km east of the Ukrainian border.

Russia has not disclosed how many troops it has deployed and says it has the right to move troops on its territory as it sees fit. It maintains that they pose no external threat.