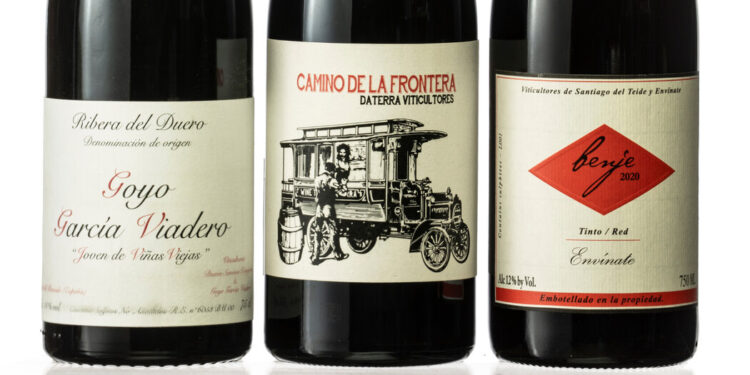 The wine world has evolved remarkably over the decades, but I can’t think of a place that has changed more than Spain.

All over the country, producers are reviving old traditions, inventing new styles and, in general, raising quality to a level never seen before. They glorify grapes that had been discarded and expressions that had been rejected. Spain offers so much wine that I find exciting.

Much of the work has been done by a new generation of farmers and producers, people who have been influenced not only by local traditions, but also by the global wine conversation that has created communities connected by like-minded ideas.

This month we explore three red wines from producers belonging to the new wave of Spain. As with the orange wines we drank over the past month, these are several samples, from different regions of Spain, and made with different grapes. Still, I think the wines will share some common features.

One of them is their importer, José Pastor, who has done a great job bringing these types of producers to the United States. He’s not the only one doing a great job in Spain – The Maison Selections, European Cellars and Selections de la Viña are three more that immediately come to mind.

I would recommend many of the wines these three import, although not all of them fit this new golf category. But coincidentally, these three are brought in by Mr. Pastor. They are:

Like I said, these are all from different places. The Envínate comes from Tenerife in the Canary Islands, the Goyo García comes from Ribera del Duero in northern Spain and the Laura Lorenzo comes from western Spain, near where Portugal meets the southeastern edge of Galicia.

Think of these as fresh red wines best served chilled.