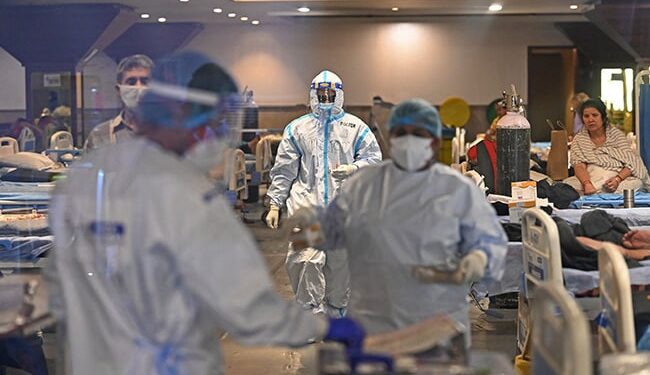 According to a study published in the journal The Lancet Respiratory Medicine, a newly identified drug could be used to effectively treat some patients hospitalized with COVID-19 pneumonia.

The team, which includes researchers from the University of Birmingham and the University of Oxford, UK, tested namilumab – an antibody already in late-stage trials for the treatment of rheumatoid arthritis – in patients hospitalized with COVID-19. 19 pneumonia.

The patients received ‘regular’ care and also had high levels in their blood of an inflammatory marker known as C-reactive protein (CRP).

CRP levels rise when there is inflammation in the body, and elevated levels of CRP appear to be a potential early marker to predict the risk of COVID-19 severity, the researchers said.

“However, our sample size is too small for a definitive assessment of clinical outcomes and further studies are needed, as well as to better understand the population that could benefit most,” Ben Fisher said.

Namilumab targets a ‘cytokine’ that is naturally secreted by immune cells in the body, but in uncontrolled levels it is believed to be a major cause of the excessive and dangerous pneumonia seen in COVID-19 patients.

The trial, conducted between June 2020 and February 2021, involved patients over 16 years of age with COVID-19 pneumonia who were treated either in a ward or intensive care unit (ICU) at nine hospitals in the UK.

In addition to COVID-19 pneumonia, all study participants had CRP levels greater than 40 mg/L.

The researchers compared the chance of a reduction in CRP levels in patients.

On Day 28, 78 percent of patients who received namilumab were discharged from the hospital or ICU, compared with 61 percent who received usual care.

The team calculated the differences between the two groups in the overall likelihood of being discharged from the ICU or ward after 28 days. Of those on a ward, the chance of discharge on Day 28 was 64 percent in the usual care group, compared to 77 percent in the namilumab cohort.

Of those in the ICU, the chance of discharge at Day 28 was 47 percent in the usual care group, according to the study, compared with 66 percent in the namilumab cohort.

The researchers noted that the study results may not be generalized to hospitalized patients without evidence of pneumonia or elevated CRP or patients who do not require hospitalization.

It is therefore important that namilumab now be prioritized for further COVID-19 research in a much larger phase 3 clinical trial, she added.