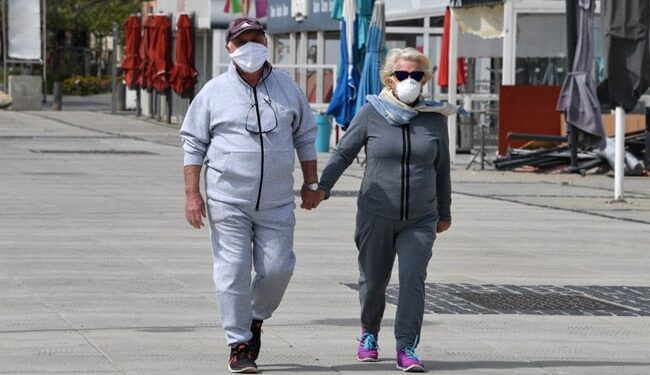 France will begin implementing a new tightening of rules in the fight against Covid-19 on Wednesday, meaning people aged 65 and over will lose the validity of their health pass unless they have had a third booster shot.

The health pass was introduced in the summer and makes full vaccination against Covid-19, a recent recovery or negative test, mandatory for visiting a restaurant or cafe, traveling on the intercity and visiting cultural venues such as cinemas or museums.

Defended by President Emmanuel Macron as he faces re-election in 2022, the health pass is widely seen as a success, despite initial protests, by encouraging people who hesitated to get vaccinated.

People in the age group of 65 and older who have not taken the booster injection will see the QR code in their health card generated by a mobile phone app deactivated automatically.

The rule, which further tightens one of the strictest health pass systems in Europe, will be extended to all age groups from 15 January. The only option for people without a booster — other than getting one — is to have a negative test up to 24 hours old.

France has already taken nearly 16 million booster shots and is confident it will reach its 20 million goal for Christmas.

The booster is now seen as a key weapon in defeating the Omicron variant, which experts believe is spreading faster than previous Covid variants and could become dominant in Europe in the coming weeks.

France reported more than 63,400 positive Covid tests on Tuesday, the highest figure since April, while nearly 2,800 people with the disease are in intensive care.

More than 76 percent of people in France have been double vaccinated and children at risk can be vaccinated from Wednesday, and vaccinations are also expected to be fully opened up to the very little ones soon.