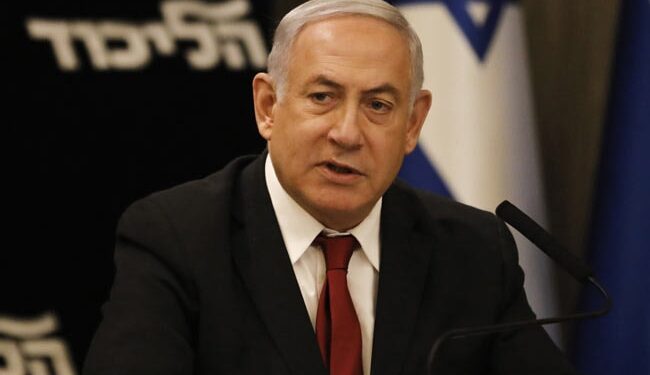 Former Israeli Prime Minister Benjamin Netanyahu on Monday denied reports that he had struck a deal with prosecutors that would force him to leave politics, and vowed to remain leader of his Likud party.

Netanyahu, who was prime minister from 2009 to last year, is on trial for bribery, fraud and breach of trust, charges he has denied.

His legal team has negotiated a plea deal with Israel’s Attorney General that, according to Israeli media reports, included a confession to the crime of “moral disgrace,” which would have meant a mandatory seven-year ban on politics.

“In recent days, false claims have been published in the media about things that I allegedly agreed to, for example, the claim that I consented to moral depravity. That is simply false,” Netanyahu said in a statement.

“I will continue to lead Likud,” he added in comments that could dampen speculation about his possible imminent exit from the political scene.

Netanyahu, currently the opposition leader in parliament, is accused of accepting inappropriate gifts and bartering regulatory favors with media moguls in return for favorable coverage.

His trial is expected to last several months. An appeals procedure can, if necessary, take years.

The coalition government that ousted him in June, led by Prime Minister Naftali Bennett, was largely forged by a common antipathy towards Netanyahu among a group of ideologically disparate parties.

Political pundits have said Netanyahu’s departure from politics, and the election of a less controversial leader by the right-wing Likud, could pose problems for the coalition as it would struggle to stick together without its main unifying force.