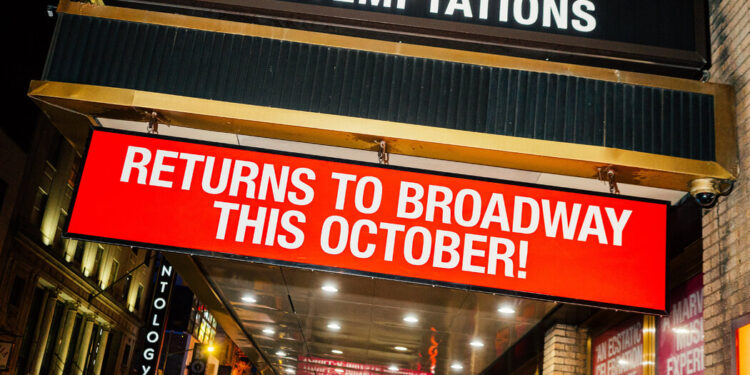 “Ain’t Too Proud,” a jukebox musical about the Temptations that opened on Broadway in early 2019, will close on Jan. 16, the show’s producers said Tuesday.

The musical is the fourth Broadway show to announce a shutdown in the past eight days, as the spike in coronavirus cases of its Omicron variant has exacerbated the financial woes of an already pandemic-damaged theater industry.

Last week, the musicals “Jagged Little Pill” and “Waitress,” as well as the play “Thoughts of a Colored Man,” announced they’d closed without a farewell show — all of them had already been interrupted due to coronavirus cases among cast or crew.

The Broadway production of “Ain’t Too Proud,” about the powerhouse Motown group, has been out of action since December 15, citing cases of coronavirus. It plans to resume on Tuesday, December 28, and hopes to be able to operate for three more weeks before closing for good.

The musical also has a touring production that had to postpone shows at the Kennedy Center in Washington due to coronavirus cases; it’s slated to have its delayed start on Tuesday night, too.

“Ain’t Too Proud” had a year-long prepandemic run, opening in March 2019 with a positive review in DailyExpertNews, where critic Ben Brantley wrote: “While respecting all expected biomusical clichés, including his subjects’ biggest hits in a smooth and sometimes too fragmented sequence, this production refreshingly emphasizes the unlikely triumph of raw, combustible parts fused into shimmering smoothness.”

After Broadway’s long hiatus, “Ain’t Too Proud” resumed performances on October 16; because the Broadway League no longer releases box office returns for individual productions, it’s not clear how the show has fared in the past two months. The production received a $10 million Shuttered Venue Operators Grant as pandemic relief from the US Small Business Administration.

The musical won a Tony Award for its choreography by Sergio Trujillo; it features a book by Dominique Morisseau and direction by Des McAnuff, and the lead producers are Ira Pittelman and Tom Hulce. The show was capitalized for $16.75 million, according to a filing with the Securities and Exchange Commission; it has successfully recouped that investment, a spokesperson said.