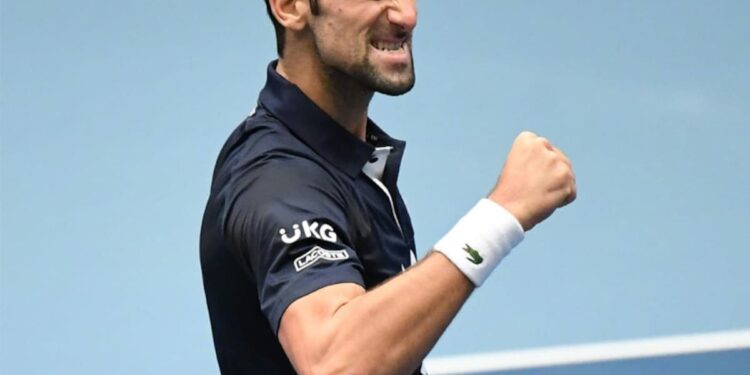 Novak Djokovic’s bid for an unprecedented 21st Grand Slam singles title at the Australian Open could depend on a single answer he gave on a visa form – had he traveled between Serbia and Spain in the fortnight before his arrival? The 34-year-old is said to have checked the box to say ‘no’, but social media posts and reports appear to show that in the 14 days leading up to his departure for Melbourne in the Serbian capital Belgrade, the Monte Carlo resident and then were in Marbella. .

With the Australian government hurt after losing in court to Djokovic on Monday for having his entry visa revoked, Immigration Secretary Alex Hawke has said he can still expel the man’s number one.

He would have reason to do so if Djokovic lied on his registration form.

The travel document clearly states that “giving false or misleading information is a serious crime” and could lead to a three-year ban from Australia.

Djokovic was photographed in Belgrade on December 25, along with Serbian handball player Petar Djordjic. The photo appeared on Djordjic’s Instagram page.

There seems to be irrefutable evidence that he traveled to Spain for the New Year period.

On January 2, Djokovic was photographed by the local newspaper Diario Sur at the Puente Romano club in Marbella’s Sierra Blanca, where he was staying in a villa.

On December 31, the SotoTennis academy also tweeted a video of Djokovic’s training in Marbella.

“We can confirm that Novak Djokovic is ready for the Australian Open if possible,” the academy tweeted – at the time, Djokovic had yet to commit to participating in Australia.

Djokovic then arrived in Melbourne on January 5 after being granted a Covid-19 waiver from organizers but his visa was cancelled, kicking off the legal battle that ended when a judge overturned that decision on Monday.

Even before that potentially crucial two-week period, the unvaccinated Djokovic was seen in Belgrade after he claimed he tested positive for Covid-19 on December 16 – the basis for the exemption.

His public appearances in Belgrade following the positive result sparked a spirited exchange at a press conference the Djokovic family gave Monday.

At the request of a journalist, his brother Djordje confirmed that Novak had tested positive on December 16.

The next day, he was at the launch of a Serbian stamp bearing his image and also appeared unmasked next to youths in Belgrade when they were apparently infected.

When the same reporter followed up with the question, “Was he out in public on December 17 while he was infected?” Djordje pulled the curtain down and said: “The press conference is suspended.”

Since Djokovic left the Melbourne immigration detention center on Monday, it has been practicing as if everything is normal ahead of the tournament which starts next Monday.

But it remains to be seen whether these videos will result in his next ace in Australia or further afield.