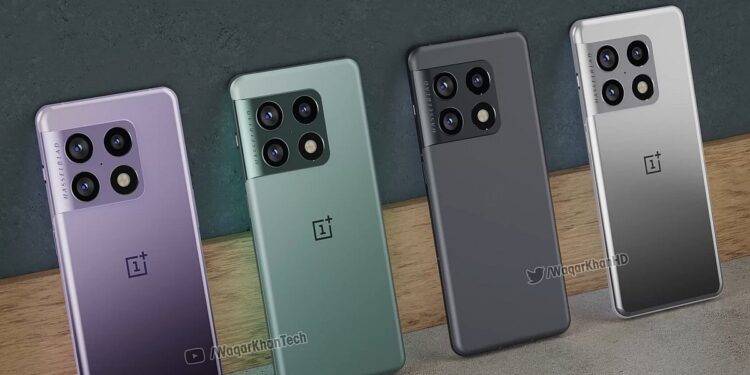 OnePlus 10 Pro concept renders have surfaced online, offering glimpses of the upcoming smartphone that will be released in January. Prior to the launch of the company’s flagship smartphone, the design of the smartphone had previously been leaked, including the large rear camera module. The new OnePlus 10 Pro renders show the previously leaked design of the smartphone with a curved display, in four different colors. However, OnePlus has yet to reveal what colors the handset will be available in, or when the device will launch in January.

Shared by concept artist Waqar Khan on YouTube, the new OnePlus 10 Pro renders show the upcoming smartphone’s display with its curved display and rounded edges. OnePlus 10 Pro is tipped to launch with a 6.7-inch (2,048 x 1,080 pixels) LTPO AMOLED display with a 120Hz refresh rate. The renders show the smartphone in various colors, including black, green, purple and silver.

According to the renders, the power button and the company’s popular alert slider are on the right side of the smartphone, while the volume buttons are on the left. Like previous OnePlus handsets, there’s no headphone jack, but the smartphone has a USB Type-C port at the bottom of the renders. The design of the handset and the rendering of the housing were seen online earlier in November.

The high-end OnePlus 10 Pro is expected to feature the flagship Snapdragon 8 Gen 1 SoC under the hood, paired with 12GB of RAM. The device is tipped to launch with a 5,000mAh battery. It is expected to run on Android 12, with the ColorOS skin on top. The smartphone has been confirmed to launch in January, but OnePlus has not yet announced an official launch date for the smartphone.