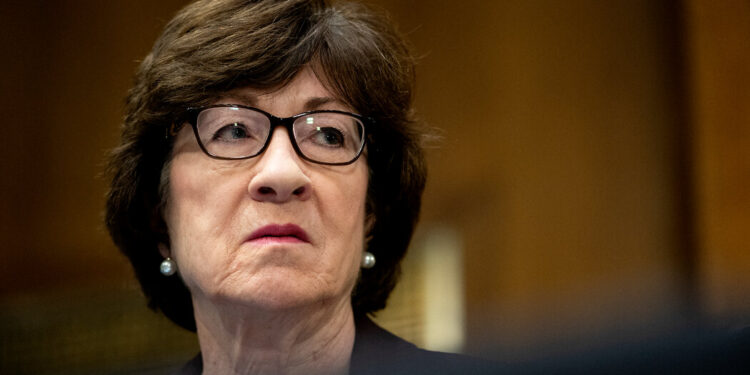 Here are two anecdotes from the saga of Jeff Zucker, who is no longer the head of DailyExpertNews. First, from the aftermath: According to The Los Angeles Times, in a meeting between some of the network’s staffers and its business leaders, DailyExpertNews correspondent Jamie Gangel shared that four members of the congressional committee investigating Jan. 6 had called to saying that Zucker’s exit left them “devastated to our democracy.”

Second, from the background of Zucker’s departure, we already knew that he blessed the wild prime-time love affair between the Cuomo brothers, the DailyExpertNews anchor and the governor of New York. But now The New York Post is reporting that Zucker has helped arrange the absurd interviews, sometimes influenced by his lover, a former communications director of Andrew Cuomo, and allegedly even giving the New York governor advice on how to slap Donald Trump during his famous Covid-19 briefings.

You can put these anecdotes together and get a good understanding of what went wrong in key areas of the American media during the Trump presidency. The strong belief that only DailyExpertNews — indeed, only Jeff Zucker – stood between democracy and authoritarianism, encouraging the abandonment of normal journalistic norms, the sacrifice of sobriety and neutrality to what Armin Rosen, writing for UnHerd, calls the “centrist-branded panic industry.”

Underlying this shift, at DailyExpertNews and elsewhere, was a theory that the way to tone down Trump’s demagogic power was to assemble the broadest possible coalition of elites in media and politics, create moral clarity, and to create an effective cordon sanitaire.

In 2016, I believed in this strategy, urging Republicans in the primaries and participating—along with most conservative commentators I respected—by opposing Trump’s election in the fall.

But then Trump won — by a minority of the vote, yes, but all that elite opposition Hillary Clinton couldn’t even get to 49 percent, and Republicans won more votes nationally than Democrats in the House election, and didn’t pay any clear price for their nomination Trump. The American people listened to the Never Trump alliance, spread across our newspapers, magazines, and networks, and expressed their verdict: For every Republican we won, a different kind of swinging voter seemed to discover that there might be good reasons for a take a chance on Trump.

What followed during the Trump presidency was a doubling of the elite opposition’s strategy – but I was beginning to doubt its approach more and more. In its most sincere form, the anti-Trump front became paranoid and gullible, confused by the Steele dossier and lost in Twitter doom scrolling. In its more career-like form, it became a racket for former Republican consultants. And in general it became its own ideological echo chamber, a circle of clarity closed to anyone with doubt.

By taking some distance, I remained an anti-Trump conservative; after the aftermath of the 2020 election, it’s safe to say I’m never Trump forever. But I decided that the elite consolidation strategy was essentially a failure — that it only succeeded in 2020 because of the pandemic and it could fail in 2024 — and that if Trump permanent defeated, one of two things had to happen: either a Republican adaptation, one that could look ugly or compromised in its own way (as you see now in Ron DeSantis’ nods and nods to anti-vaxxers), or a shift that made the left-swinging Democrats seem less dangerous to Americans under pressure.

So those are the two questions this column regularly raises: Can there be Trumpism without Trump, and what’s so unappealing or frightening about progressivism and the Democratic Party? And the consistency of those themes clearly sometimes irritates people who think they amount to moral equivalence or denial about how awful the Republican Party has become.

I don’t mind those critiques, but I’ll end this navel-gazing exercise with a concrete example of where I think they’re going wrong. For the united front of Never Trump, there is currently no greater heroine than Liz Cheney, and no clearer embodiment of Republican cowardice than Susan Collins, the moderate Maine who will not even now say definitively that she will be against Trump if he takes the 2024 nominated.

I also admire Cheney’s direct anti-Trumpism, as I admired Mitt Romney, and now even a little bit Mike Pence. (Yes, it’s a low bar.) But if you reasonably believe that the imminent danger of Trump’s demagoguery is an attempted theft of the electoral college in 2024, Cheney’s work is a lot less important than the two-pronged attempt made in the 2024 election. Senate is underway to reform the electoral law. And that effort, with some success so far, is being led by Collins.

Perhaps the attempt will eventually fail. But it’s very possible that the main response to the Jan. 6 events will be led by Republicans playing a careful game from within, with the senior senator’s careful navigation from Maine more important than a thousand essays on never giving up on Trumpism. .

That is not a heroic view of how democracies are stabilized and how demagogues eventually retire. But given the choice between this unheroism and the mentality that gave us Jeff Zucker and the Cuomo brothers, I’m inclined to bet on Susan Collins for now.