opinion | How to withdraw from Ukraine 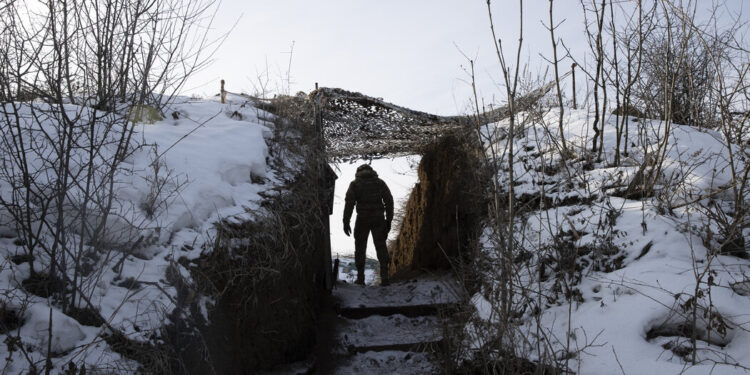 One of the most difficult challenges in geopolitics is figuring out how to run a successful retreat. We witnessed that reality in Afghanistan last summer, when the Biden administration made the right strategic choice — cutting our losses rather than escalating them to maintain a morally bankrupt status quo — but then stumbled through a disastrous withdrawal that his presidency and exposed American incompetence to a watching world.

Now we have the same problem with Ukraine. The United States, in its hyperpower day, has taken a series of steps to extend our sphere of influence deep into Russia’s near-foreign country. Some of those steps seem sustainable: NATO’s expansion to include former Warsaw Pact countries was itself a risk, but for now those commitments seem certain. But the attempt to take Ukraine out of Russia’s orbit, the partially open door to Ukrainians who favored west-facing alliances, was a silly oversupply even when US power was at its peak.

Note that this is not a matter of what Ukrainians earn. Russia is an authoritarian aggressor in the current crisis; Ukraine is a flawed democracy, but a more decent regime than Vladimir Putin’s oligarchy. In any case, when we gave Ukraine security guarantees under Bill Clinton, opened the door to NATO membership under George W. Bush, and supported the Maidan protests under Barack Obama, we acted with better intentions than Moscow in its own machinations.

But in geopolitics, good intentions are always downstream from the reality of power. Whatever its wishes or ours, the government in Ukraine has simply never been able to fully align itself with the West – it is too economically weak, too internally divided and simply in the wrong place. And the actions of the Bush and Obama administrations — and despite all of Trump’s personal sympathies for Putin, some of the Trump administration’s actions — have overloaded us, our soft-power embrace of Kiev ill-equipped to handle harsh Moscow counter-movements.

Given this reality, and the urgent need to concentrate US power in East Asia to counter China, it’s clear enough where an ideal withdrawal would end: with a permanent NATO expansion, with Ukraine subject to inevitable Russian pressure , but not invaded or annexed, and with our NATO allies shoulder to shoulder more of the burden of maintaining a security perimeter in Eastern Europe.

But as with Afghanistan, the actual implementation is more difficult than the theory. It is challenging to build a stable rapport with Putin, as he is clearly invested in being a permanent disruptor, taking every opportunity to humiliate the West. Detaching ourselves from our Ukrainian entanglements will inevitably cast doubt on our more important obligations elsewhere, doubts that will grow as Kiev suffers more from our withdrawal. And handing over more security responsibility to Europeans has been an unfulfilled goal of every recent US president, with the specific problem that a major European power, Germany, often acts as a de facto ally to the Russians.

Given those difficulties, the Biden administration’s hesitant stance was understandable, even if the president’s recent press conference was too fair by several orders of magnitude. The United States can do nothing if Russia invades Ukraine; we would also be crazy to join the war on the side of Ukraine. So the White House’s quest for the right intermediate response, a balance of sanctions and arms supplies, looks groping and uncertain for good reason: There’s just no perfect answer here, just a least bad weighing of options.

But I feel that we still give too much weight to the idea that only NATO should say who is in NATO, that simply excluding Ukrainian membership is somehow an impossible concession. This conceit is an anachronism, an artifact of the post-Cold War moment, when it seemed equally possible that, as historian Adam Tooze puts it, the crucial frontiers of the world “would be drawn by the Western powers, the United States and the EU, on their own terms and according to their own strengths and preferences.”

That is not how the world works now, and precisely because the world does not work, I would be somewhat relieved – as an American citizen, not just an observer of international politics – to see our leaders recognize this, rather than the idea to suggest that one day we could be compelled by treaty to risk nuclear war over the Donbas.

And if we can’t give up on the idea altogether, the idea of ​​giving it up for a long period of time — like the 25 years Thomas Graham and Rajan Menon suggested in a recent Politico op-ed — seems like a very reasonable deal to make.

Something can be reasonable and yet painful – painful as an acknowledgment of Western weakness, painful to the hopes and aspirations of Ukrainians.

But accepting some pain for the sake of a more lasting position is simply what happens when you’ve made a generation of bad decisions, and you’re trying to find a decent and dignified path to a necessary retreat.

The Times is committed to publication a diversity of letters to the editor. We’d love to hear what you think about this or any of our articles. Here are a few tips. And here’s our email: letters..