opinion | New Orleans is a place where violence is in sweetness, horror in beauty 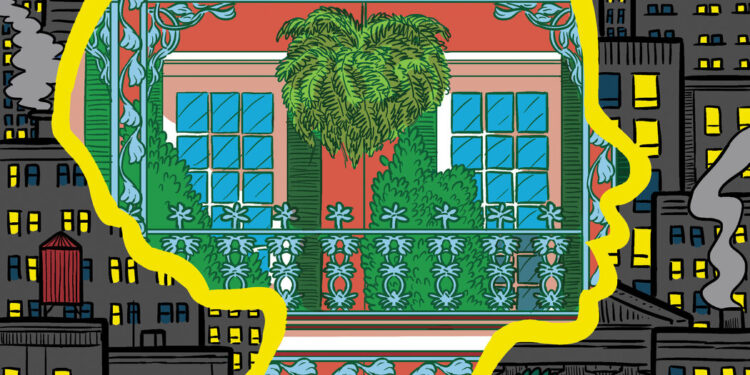 That evening I went with a friend to one of my most famous places in New Orleans: Café du Monde. It is a tourist attraction, but also a local institution. Café du Monde has been located on Decatur Street in the neighborhood since 1862. At the time, it was part of the French market. Despite that name, the French Market was initially an indigenous trading post and is said to be the oldest continuous open-air market in the country. Now Café du Monde is a simple open-air restaurant where people drink chicory coffee and eat fritters.

The treats, a light pastry dusted with confectioners’ sugar, as with many Southern delicacies, owe something to black people. Norbert Rillieux, a cousin of the painter Edgar Degas and a homme de couleur (man of color) descendant of a white planter, earned a place in history by creating what is called the multiple effect evaporator for sugar cane. Rillieux created a machine to extract steam from boiling cane syrup and pass it through three chambers. At the end of the process, he was left with refined sugar crystals. The invention of Rillieux led to a sugar boom. Suddenly sweetness was everywhere. His methods were adopted in the 1830s in Cuba, Mexico, France, Egypt and, of course, throughout the southern US. By the time Café du Monde hit the market, sugar and confectioneries were thriving.

Rillieux had been unable to eat at Café du Monde, despite his prestige as one of the earliest chemical engineers and his distinguished lineage. While the color line in New Orleans may have been more porous than in much of the South, it did exist. Café du Monde did not knowingly serve black customers until July 1964, in response to the passage of the Civil Rights Act.

It’s one of those grim memories that New Orleans was and is very much the South of the US. If you look around, although there is always a wonderful mishmash in New Orleans, you can see the differences. Between black and white, between tourists and locals. The locals are blacker, often rounder, often with tired eyes. The tourists hungrily drink up the environment. The locals smile at them, but their faces turn pale as the tourists turn away.

Driving back to the hotel, full of beignets, we passed a graveyard. I didn’t know in the darkness what it was: No. 1, 2, or 3. At St. Louis Cemetery No. 1, Homer Adolph Plessy, the plaintiff in Plessy v. Ferguson, the 1896 Supreme Court decision upholding segregation, is buried. This is also the burial place of Marie Laveau, the mythologized voodoo queen of the black woman, who was such a shape-shifter that I can hardly imagine telling you a story about her that I know to be true, except that she ever a real person. The first mayor of New Orleans, Jean Étienne de Boré, is also buried there. He’s the man who first sprinkled granulated sugar in the United States, under the tutelage of two Cubans, meaning that every time you sprinkle it over your cereal or in your coffee, you could imagine how he, like Rillieux, national addiction made much more palatable.

I can’t help but think of sweetness that comes from the violence of slavery as a metaphor for New Orleans, which is a cradle that holds the South and its strands together at the root. Like its native drink, a Sazerac, it’s sweet and strong enough to knock you out. And of course, as often as people try to cut it off from the rest of the South, it functions like a ghost limb, one that we feel everywhere, even if we don’t see it directly with us. The graves in New Orleans are above ground because of possible flooding. And so the dead are raised and decorated with astonishingly bright mausoleums and profuse flowers. The ghosts hear the music and can also rock.

Imani Perry is a professor of African American studies at Princeton University. This essay is an adaptation of her forthcoming book, “South to America: A Journey Below the Mason-Dixon to Understand the Soul of a Nation.”