opinion | The exploitation of ‘freedom’ in America 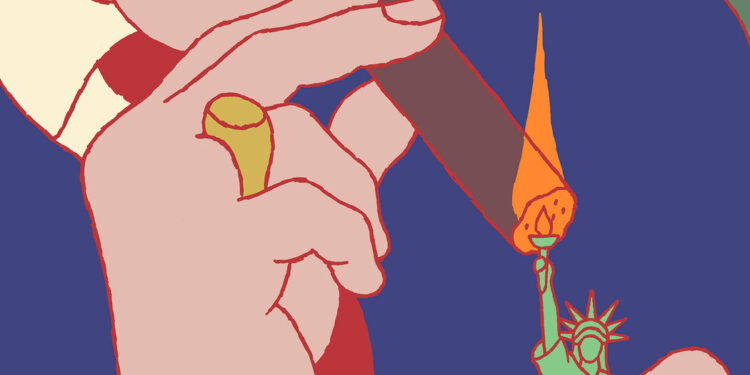 The frenzy of ugly liberties in anti-democratic politics threatens to completely overpower the meaning of liberty, where liberty is used solely for projects of exclusion, privilege and harm.

Yet today we can also see vibrant political movements and legislation that reclaim liberty as a right for all. These freedoms increase Americans’ opportunities to both live thriving lives and participate in public affairs.

This inclusive freedom sometimes takes the form of legislative acts. The Freedom to Vote Act and the John Lewis Voting Rights Advancement Act would have promoted just this kind of freedom. The bills ambitiously aimed to increase access to vote by making Election Day a federal holiday (allowing workers freedom to go to the polls), improving postal voting, increasing campaign finance transparency and extend protection for minority voters. By making it easier for all Americans to vote, it promoted a form of freedom that expands rather than shrinks democracy, as it insists that freedom means all Americans should have equal power to shape systems of government.

Still, the legislation was blocked by Republicans last month. Some of those same Republicans actively support voter suppression laws in their home states that allow partisan election interference and impose burdens on poor and minority voters.

In January, New Jersey had a more successful freedom recovery with the passage of the Freedom of Reproductive Choice Act. Broadly speaking, this law keeps women in control of reproduction and childbearing, guaranteeing this freedom before it can be lost at the federal level when the Supreme Court rules in Dobbs v. Jackson’s Women’s Health Organization this year. The law is based on the language of freedom to ensure that women can make decisions about contraception, abortion and pregnancy, and promotes a form of freedom in which people determine their own future with regard to having children. (Unfortunately, in its latest draft, the bill did not remove cost barriers to abortion, making it more difficult for lower-income women to achieve that freedom.)

Of course, efforts to curb ugly freedoms are not limited to legislative action. They include union activities that fight for freedom in the workplace. And they extend to robust social movements that organize for black, transgender and disability freedoms. These movements articulate a democratic language of freedom that challenges the privilege structures that give some Americans undue power over others, and they increase citizens’ access to government power.

The ugly liberties in American politics today increasingly justify minority rule, prejudice and anti-democratic governance. If we do not resist their growing popularity, we will have renounced what freedom means to those who support monopolistic rule and have fostered the country’s downward slide into authoritarianism. Creating and supporting democratic alternatives to ugly freedom, both in the legislature and on the streets, is an urgent task for all who value equality, community health and the shared power to build a free society that really appreciates all its members.

Elisabeth Anker (@LibAnkerDC) is a professor of American studies at George Washington University, author of “Ugly Freedoms” and co-editor of Theory & Event magazine.