opinion | ‘The Lowest Point of My Life’: What 14 Independent Voters Think About America 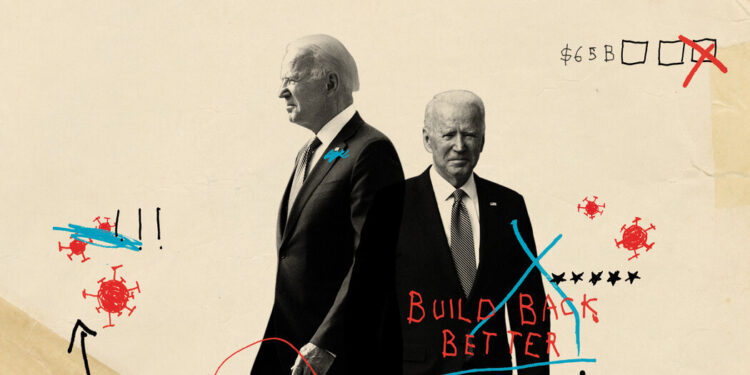 “What do the politicians not understand about you and your life? If you could speak to all of them at some point and you had the chance to give them a few sentences – that’s it – what would you tell the politicians that they don’t understand your life?” “I don’t care about Covid anymore. “I want my kids to have a normal life. I don’t want them to be masked. I don’t want them to have social distancing. I’m not afraid they’ll get sick.” “Asia, what would be the one thing you would say to the political people?” “To stop, I think, from avoiding certain conversations, especially when it comes to race relations. They’re actually very skeptical about that, something which affects this country tremendously, but somehow they find a way to sweep it under the rug a lot, and not focus too much on it.” “Alice, what would you tell them?” “I need one of you to shadow me paycheck to paycheck for at least two to three weeks.” “Travis.” “Don’t be afraid to admit when you’re wrong. Stop always trying to stick to the story and make things a little sensational. We all know it’s propaganda half the time. It’s just frustrating, so admit if you’re wrong be honest with us and we’d be happy to intervene a little i think we all agree we disagree but it’s the polarization they keep pushing us down our throats .” “Travis, in short, can you give an example of someone you’d like — what you’d like them to admit was wrong, just something specific, for you, that would’ve been nice to hear?” “I would probably go along with the pandemic. In general, the continuous movement of the goalposts through both administrations, when it started and where we stand now with this administration. The consistency – there is one consistent person in the middle of it all, Anthony Fauci. I feel like he just can’t be cornered all the time and wants to move the goalposts all the time. And it’s in the name of science. And I don’t think he’s probably a bad person, but I can’t stand listening to that guy.” “Let’s raise our hands to Anthony Fauci. Good or bad, plus or minus, effective or ineffective. Anthony Fauci – Who has a positive view of him Raise your hands One two three four Who has a negative – five Who has a negative view of Anthony Fauci One, two, three, four, five, six, seven of you Eight of you Okay, Patrick, by the way, if we do the debriefing after this is done, I can tell you that everything that’s being followed now – we’ve been doing this for 35 minutes – everything they tell me, that she tells us , follows with the national polls. There is nothing inconsistent. Okay, the question is, Dickie, what would you tell the politicians, in no more than two sentences.” “Time limits have to be set. It’s ridiculous that these congressmen and these senators sit there for so long, because they’re gaining all this influence with all these groups. It just has to happen.” “Career politicians have to go, sorry.” “Damned. That is the problem. That’s why there’s no immediate consternation or, you know, ‘That’s wrong. That’s right.’ No, ‘That’s wrong, because I’m in this group because they contribute.’ Anyway, I’ll let you get on with your thing, Mr. Luntz. But the term limits—damn, they’ve got to get rid of it.’ “OK. By the way, I’m Frank. Although to Dickie, I’m Dr. Luntz, not Mr. Luntz. Go ahead. What would you tell the politicians in two sentences or less?” “Who?” “Mafia boss.” “I haven’t heard my name. Okay, cool. What I would say to the politicians is that you should come and just offer a lot more opportunities to people who are struggling in the economy. I definitely think that’s an important thing, especially down here, and it would certainly help them a lot.” “Jim.” “I’d say crack down on crime. And I believe in honesty. If you’ve done something wrong, just admit it, and if you don’t agree with your party, stand up for what you think that is right and you speak out, even if it is against your own side.” “Tenae.” “There are a lot of us who are placing orders. Someone said something about price gouging. That happens a lot, but there are also a lot of people who don’t have jobs. Be honest about what’s going on. We have stuff in the ports that we’ve probably been waiting for months, my first point. My second point is – I don’t think I can swear, so let me rephrase what I’m going to say. We need stimulus controls. This economy is absolutely terrible. Help the people who you see those in need, and stop bullying us.” “Marking.” “I think eventually they should lower the temperature a little bit, politically. There needs to be more compromise, meeting in the middle. There should be more of that, but it seems like it’s just for both sides their way or the highway. So a compromise would, I think, go a long way in solving some of our problems.” “Nick.” “I would say: stop politicizing issues that concern us all. Instead of trying to maintain power, empower us who represent you.” “Julia.” ‘I’d say you’ve been chosen. Now do something about the economy, about inflation, about gas prices. Do something to control our borders. Do something to control the crime. Do something to control the pandemic.”