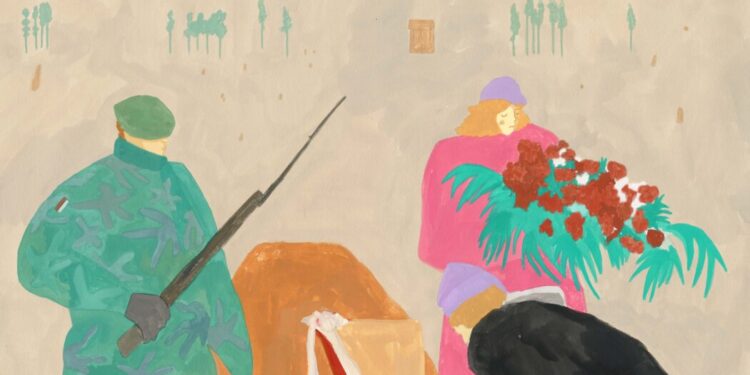 Before the war, the Jewish population of Poland numbered more than three million. At the end of the war, some 380,000 Polish Jews had survived, most of whom had fled to the former Soviet Union in 1939. In 1950 there were only about 45,000 Jews in Poland.

The current attempt to erect dozens of monuments to Polish heroes in places of Jewish terror seems to be changing the teaching and understanding of history in Poland. Even Auschwitz, perhaps the most visible symbol of the genocide, was not spared. According to a national poll published in 2020, almost half of Poles today think that Auschwitz is primarily a place of Polish suffering. Thus Auschwitz – which is also a museum funded by the Polish government and dedicated to the memory of nearly a million Jews who lost their lives in the gas chambers of Birkenau – has emerged to some extent as a place where Poles suffers like a jew.

As a historian, I myself have come across this new and dangerous trend. In 2021, I was charged with defaming the memory of a long-dead Polish village mayor. The claim was based on a footnote in “Night Without End,” a book I co-edited. The text quotes a Holocaust survivor as recalling an incident where the mayor of his village warned the Nazis about the whereabouts of a group of Jews, resulting in death. The mayor’s niece, assisted by an NGO that receives public money, took us to the Warsaw court to defend her uncle’s name. We were stunned by the verdict, in which the judge, Ewa Jonczyk, asked us to apologize.

“We can assume that attributing to Poland the crimes of the Holocaust committed by the Third Reich can be perceived as damaging and damaging to the sense of identity and national pride,” the judge said last February. “Ascribing to the Polish nation the responsibility for the Holocaust, for the killing of Jews during the Second World War and for the confiscation of their property touches the sphere of the national heritage and therefore, if completely untrue and harmful, can have a significant impact on one’s sense of one’s own national dignity, destroying the justified – fact-based – belief that Poland was the victim of war operations initiated and carried out by the Germans.”

Fortunately, the ruling was overturned, but the cold was felt among scholars inside and outside Poland.

It seemed to me that the real purpose of the trial was not to save a man’s name or change his reputation, but to frighten Holocaust scholars, to infuse Poland’s ubiquitous atmosphere of fear into an entire discipline, and to making students and educators think twice before choosing topics that would challenge the government-sponsored version of history. The idea of ​​a right to national pride, put forward in court, is an ambiguous and legally undefined sentiment that basically means that every member of the Polish nation has the right to sue historians whose findings offend them.