Our bond was thicker than blood 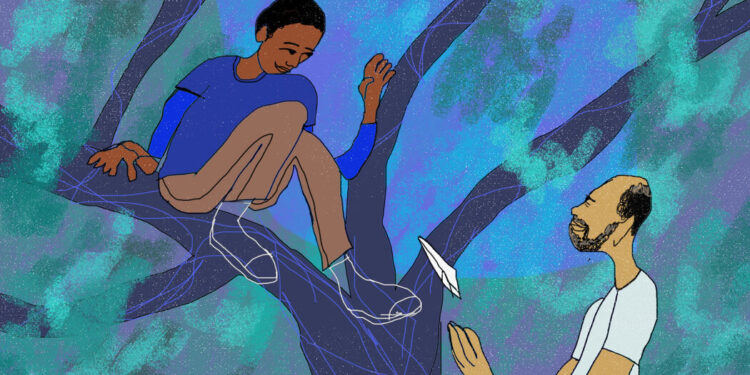 But no matter how hard I prayed to God or how many letters I wrote to Santa at Christmas, my father never appeared. Uncle Ronnie, however, always did. He had golden brown skin, and although his marathoner’s body made him smaller than most of the men I was related to, he was strong. He was nice by nature, but could be read with a glance for dirt, and, like me, he loved to laugh.

Not only did he go to school plays, piano recitals, basketball games, athletic meetings, and even church once or twice, but he was also the one who would drive me to and from those events. Every time I took a pose, he managed to put a smile on my face. He scooped me up and took me to museums or the playground or the flea market, teaching me how to pick out quality art and furniture.

He would take me to spark plug restaurants in Manhattan so that I would be exposed to different cuisines and good food; he would take me to McDonald’s because he eventually knew it was my favorite. And when those things weren’t shining on me, he resorted to my most hated tactic: becoming an insatiable creepy monster, who only stopped when tears of laughter streamed down my face.

He was also the only person who never questioned my effeminate nature. Others would demand that I be “masculine” and not so “girly” in my attitude or interests. Uncle Ronnie, however, owned a hair salon and was the only man I knew who used words like “fabulous” and “darling.” He never tried to stamp out my innate softness; instead, he nurtured it quietly. He encouraged it by laughing at my impressions of Cher. He protected it by giving me my first summer job as a receptionist in the salon. He honored it by having my autographed Destiny’s Child poster framed and said they were to me what the Supremes had been to him.

Shortly after I graduated at age 21, my mother and Uncle Ronnie got into a big fight. I won’t share the personal details of their disagreement, but I can tell you that my mother came to me and told me clearly what happened. Uncle Ronnie did the same. Both had different experiences with the situation, and my Uncle Ronnie, in particular, said he was hurt.

I’d never seen them disagree on anything, let alone argue, so I wasn’t used to being in the middle. But based on my understanding of parental squabbles from those 90s TV shows, the kid always picks a side. Since Uncle Ronnie was my godfather and not my biological father, my choice was clear: blood is thicker than water. I chose my mother and stopped looking for my godfather.