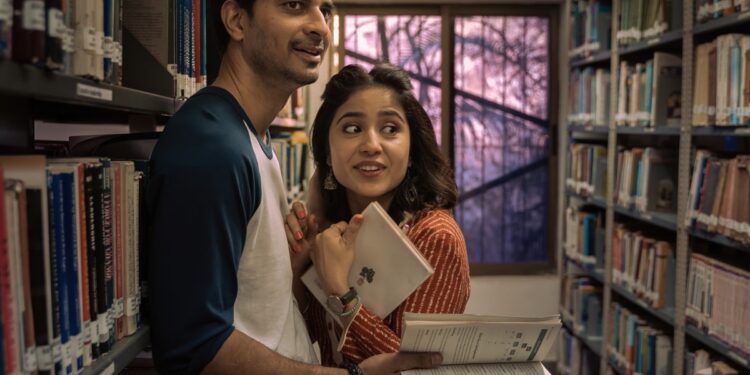 Netflix has just announced the only original title from India for January. Tahir Raj Bhasin, Shweta Tripathi Sharma and Anchal Singh star in the meaty thriller Yeh Kaali Kaali Ankhein in which a man (Bhasin) follows a dark, risky path to reclaim his life after being relentlessly pursued by the daughter of a powerful politician ( Singh) who will do anything to make him hers. Sidharth Sengupta of Apharan is the creator, writer, showrunner and director of Yeh Kaali Kaali Ankhein, which will be released on Netflix on January 14. Saurabh Shukla, Brijendra Kala, Arunoday Singh, Surya Sharma, Anant Joshi, Sunita Rajwar, Shashi Verma, Anjuman Saxena and Hetal Gada are also part of the Netflix series.

International, the Jason Bateman-led crime drama Ozark begins its fourth and final season on Netflix on January 21. Ozark Season 4 is split into two seven-episode halves (Part 1 and Part 2) and the latter has no release date yet. Ricky Gervais is also ending his black comedy-drama series After Life — he’s the star, creator, writer, and director — with a third and final season set to air on January 14. snow piercer is back for a third round starting January 25 on Netflix. The animated series DOTA: Dragon’s Blood returns for its second season (called Book 2) on January 18. And Kristen Bell directs the darkly comedic satirical The Woman in the House Across the Street from the Girl in the Window, available January 28 on Netflix.

From Gehraiyaan to Return to Hogwarts: What to Watch in January on OTT

If you like Netflix original movies, you might be interested in the post-apocalyptic sci-fi thriller Mother/Android – from the writer of Netflix’s Project Power – where a young pregnant woman (Chloë Grace Moretz) and her boyfriend (Algee Smith) desperate for safety after a robotic uprising. Mother/Android will be released on Netflix on January 7, three weeks after its US premiere on Hulu. Adam Sandler produces the family comedy Home Team, based on a true story, in which a suspended NFL coach (Kevin James) tries to reconnect with his son by coaching his hapless youth soccer team. Home Team will be available on Netflix from January 28.

In the unscripted space, Too Hot to Handle — in which gorgeous singles who stay close must give up sex to win a big prize — returns for its third season on January 19 on Netflix. For football fans, there is the docuseries Neymar: The Perfect Chaos, in which the Brazilian star shares the highs and lows of his personal life and football career. Featuring interviews with Lionel Messi, Kylian Mbappé and David Beckham, Neymar: The Perfect Chaos begins January 25 on Netflix. Cristiano Ronaldo fans may want to check out I Am Georgina – January 27 on Netflix – as they get an in-depth look at the daily life of Georgina Rodríguez: mother, influencer, businesswoman and the partner of Cristiano Ronaldo. Yes, Ronaldo will occasionally appear in the Netflix series.

6 January
The club: part 2
Hanwoo Rhapsody, new episode
the wasteland
The Hour of the Wolf

January 12
Cheers: Season 2
How I fell in love with a gangster

21st of January
The gift
Munich – The Edge of the War
My father’s violin
Ozark: Season 4 Part 1
Summer Heat: Season 1

January 28
All of Us Are Dead: Season 1
Feria: The Darkest Light: Season 1
Getting Curious with Jonathan Van Ness: Season 1
home team
In From the Cold: Season 1
The Orbital Children: Season 1
The woman in the house across from the girl in the window