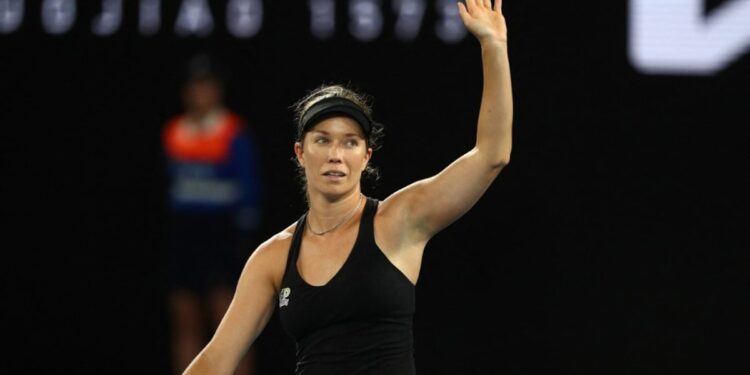 “No pain, no gain” is a mantra often heard wherever elite athletes train. Danielle Collins has had more than her share of pain on the long road to a first Grand Slam final. Last year, the 28-year-old American underwent emergency surgery for endometriosis and suffered an abdominal injury at the French Open. Nine months later, the world number 30 is in the final of the Australian Open, having blown away Polish seventh seed Iga Swiatek 6-4, 6-1 in a powerful 73-minute display of violent ball strikes. “It feels incredible,” says Collins, who credits surgeons for saving her career.

“It’s been such a journey. It’s been so many years of hard work… all the early mornings my dad would get up and practice with me for school,” adds the fiercely determined Collins, who has gained legions of fans in Melbourne for her never-say-die attitude and displays of raw emotion on the pitch.

“Especially after some health challenges I’ve had to get back to this level and compete as I was, it was so rewarding to be as physical as I was.”

Collins describes the pain caused by endometriosis — in which the tissue that lines the uterus grows outside it — as completely debilitating.

“The pain I’ve experienced from my menstrual cycles and from the endometriosis is some of the worst pain I’ve ever had,” Collins says of the inflammatory condition that affects one in 10 women.

“When so much of the advice you’ve been given over the years is that painful periods are normal and it’s normal to take anti-inflammatories, I felt like it was something I just had to deal with.

A late bloomer on the professional circuit, Collins played college tennis until 2016 and was 23 when she finally broke through on tour in 2018. On the other hand, at the age of 23, Naomi Osaka won her fourth Grand Slam title.

Collins started the 2018 season ranked 162nd in the world and quickly gained a reputation as a dangerous unseeded floater in WTA tournament draws.

She reached the last 16 at Indian Wells, followed by a semifinal at the Miami Open as a qualifier and a semifinal at San Jose to finish the year in the top 40.

A first Grand Slam semifinal at the 2019 Australian Open followed, but the lingering pain of her condition held her back.

But the improvement after her surgery is visible to everyone.

Since Wimbledon last July, she has won 31 of her 39 matches, including her first two WTA titles, coming back to back in Palermo and San Jose and is undoubtedly a more accomplished player than during her three-year semi-final. past.

“I feel like the surgery has helped me so much, not just from a physical standpoint, but also from a mental standpoint,” Collins says.

“When you deal with that kind of physical pain for several weeks out of the month, you don’t put yourself in a position to perform consistently.

“I definitely feel a lot freer.”