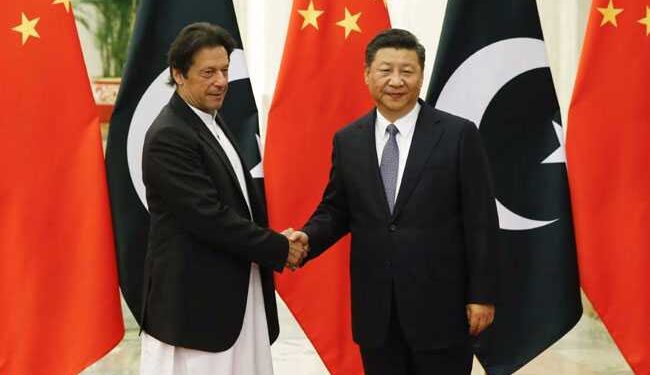 Pakistani authorities said they think its labor is twice cheaper than China’s.

Troubled Pakistan is seeking a $3 billion (PKR 529 billion) loan from China and investments in half a dozen sectors during Prime Minister Imran Khan’s visit to Beijing next week, according to a media report on Sunday.

Khan will visit the Chinese capital on February 3 to attend the opening of the Beijing Winter Olympics and also to meet top Chinese leaders on the sidelines for bilateral talks.

The Express Tribune reported citing government sources that a final meeting would be held on Tuesday to shape the agenda for the visit.

In the past fiscal year, the country had paid more than PKR 26 billion in interest charges to China just for using a $4.5 billion (PKR 794 billion) Chinese trade finance facility to repay its maturing debt.

Last month, Pakistan also received a $3 billion (PKR 529 billion) loan from Saudi Arabia, which the country has taken advantage of.

The government is expected to tell the 75 Chinese companies it has granted access to trade routes to the Middle East, Africa and the rest of the world – with greater incentives in the form of cuts in freight costs.

“Unlike in the past when we only talked about the Pak-Sino friendship which is higher than the Himalayas and sweeter than honey, this time we are going to prepare for China in a structured way,” said Minister of Planning and Development , Asad Umar, to The Express. Stand.

He added that with the involvement of the China Pakistan Economic Corridor (CPEC) Authority, the government had selected those sectors for foreign investment where there was evidence of huge benefits for Chinese investors.

Pakistani authorities said they think its labor is twice cheaper than China’s. This provides a greater opportunity for relocation of the dying Chinese industries.

However, all these areas and the competitive advantages are already known to the investors, but they remain reluctant to bring “big money” to Pakistan because of the inconsistent fiscal and energy policies.

China has decided to move to a more advanced and high-tech-driven textile and clothing industry and to carry out more value-added functions under its 2021-25 plan.