Passenger exposed buttocks and threw can during flight, prosecutors say 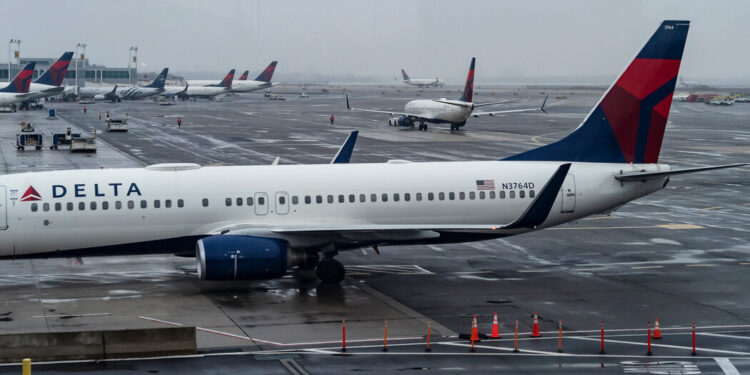 A passenger who refused to wear a mask on a flight from Dublin to New York pulled down his pants and bared his bum, threw a can at a passenger and put his cap on the captain’s head and told him: “Touch me not to,” prosecutors said in a case disclosed Friday.

Following the Delta flight from Dublin to John F. Kennedy International Airport on Jan. 7, the passenger, Shane McInerney, 29, of Galway, Ireland, was charged with deliberately assaulting and intimidating a crew member, prosecutors said. If convicted, he faces up to 20 years in prison, prosecutors said.

On Saturday, Mr. McInerney’s attorney Benjamin Yaster declined to comment on the allegations. McInerney first appeared in federal court in Brooklyn on Jan. 14 and was released on $20,000 bail, prosecutors said.

The charges are the latest example of the unruly and sometimes violent behavior that has increased on airplanes since the start of the pandemic. Many of the disturbances involved passengers refusing to wear masks, as required by the federal government.

On Wednesday, an American Airlines flight from Miami to London was cut about an hour into its journey due to a passenger refusing to wear a mask, the airline said.

In October, a passenger was accused of punching an American Airlines flight attendant in the nose, causing her to suffer a concussion after a mask conflict. And in December, a California woman pleaded guilty to repeatedly beating a flight attendant on a Southwest Airlines flight, drawing blood in her face and breaking three teeth.

“Over the past year, we’ve seen a dramatic increase in the number of unmanageable passenger incidents, and we’ve taken a number of steps to get that under control,” Steve Dickson, the administrator of the Federal Aviation Administration, said in an online discussion this week.

“And I’m happy to say that rates have come down significantly year over year, but we still have more work to do,” said Mr. Dickson. “And this, again, is something we need to keep focusing on.”

In a statement filed in court, an FBI agent said Mr. McInerney had refused to wear a mask, despite being asked “dozens” of times during the eight-hour flight. He threw an empty drink can, hit another passenger in the head and kicked the seat back in front of him, disrupting the passenger there, the statement said.

At one point he walked from his seat in the economy section to the first class section and complained to a flight attendant about the food. As he was escorted back to his seat, Mr McInerney “pulled down his pants and underwear and exposed his buttocks” to the flight attendant and passengers seated nearby, the statement said.

He also held a fist close to the captain’s face and said, “Don’t touch me,” the statement said.

At least one of the passengers found Mr McInerney’s behavior “terrifying,” and flight crew members considered diverting the plane to another airport so that Mr McInerney could be removed from the plane, the statement said.

The flight continued on to New York. As the plane approached JFK for the last time and everyone was strapped into their seats, Mr. McInerney again disobeyed the flight attendants’ orders, according to the statement, which said he got up, walked into the aisle and “refused to sit back. down.”