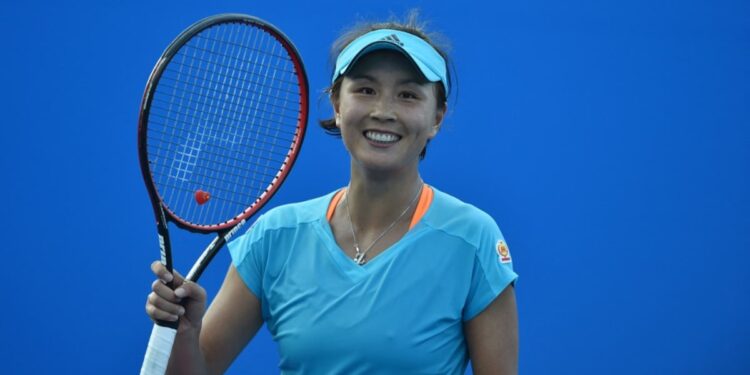 Peng Shuai has met Olympic chief Thomas Bach at the Winter Games in Beijing, the IOC said Monday, while American ski star Mikaela Shiffrin suffered bitter disappointment in her first attempt to win gold in China. The International Olympic Committee said tennis player Peng, who sparked global concern in November when she remained silent after alleging a top Chinese politician forced her into sex, dined with Bach on Saturday and watched curling. Peng reappeared in public nearly three weeks after her allegation and later retracted it, insisting her online comments had been taken out of context. But the fear for her safety and well-being remained.

Separately, Peng reiterated her denial in an interview published Monday with the French sports newspaper L’Equipe.

“I never said that anyone has sexually abused me in any way,” said the former world doubles number one.

When asked why she deleted the social media post of the accusation, Peng replied, “Because I wanted to.”

“There was a huge misunderstanding in the outside world as a result of this message,” she said.

“I don’t want the meaning of this message to be twisted anymore. And I don’t want any further media hype around it.”

‘End before it began’

Defending champion Shiffrin was among the favorites to retain the women’s giant slalom title and win a third Olympic gold medal of her career, but in the bright morning sun she made a mistake near the top of her first run and slipped.

“There is a huge disappointment, not even counting the medals,” she said. “The day was actually already over before it started.”

The American promised to move forward and focus quickly on Wednesday’s shorter technical event in which she is a four-time world champion.

“I’m not going to cry about this because it’s just a waste of energy. My best chance for the next races is to move forward, to refocus, and I feel like I’m in a good place to do that. “

She can now watch her boyfriend, Norway’s Aleksander Aamodt Kilde, try to win the men’s downhill later Monday, traditionally one of the most prestigious titles at the Winter Olympics.

The descent was supposed to take place on Sunday, but was postponed due to the wind on the Yanqing track north of the Chinese capital.

California-born freestyle skier Eileen Gu made her Olympic bow in the colors of China.

But the 18-year-old shocked herself and the host nation before qualifying for the women’s freeski final with her third and final jump at the spectacular Big Air venue.

Cross-country skier Alexander Bolshunov became the first Russian to win an Olympic title at these Games — then answered questions about Russia’s doping-stained recent history in the sport.

Russia is under international sanctions after it was found to have orchestrated massive doping at the 2014 Sochi Olympics, so Russians will have to compete at the Beijing Games under the banner of the Russian Olympic Committee (ROC).

“You don’t suddenly become an Olympic champion,” raged Bolshunov, who won his first gold, in addition to three previous silver and a bronze.

Meanwhile, away from the sport, organizers admitted they hadn’t produced enough panda souvenirs to meet demand.

Bing Dwen Dwen, a cuddly panda on skates, is the official mascot of the Beijing Games, but people in China are being turned away from gift shops disappointed.

Zhao Weidong, a spokesman for the local organizing committee, blames the shortage on the Chinese New Year holiday.

The nearly 3,000 athletes in Beijing along with tens of thousands of volunteers, support staff and journalists are encased in a Covid-protected “bubble”. Everyone inside must wear face masks and undergo daily Covid testing.

Since January 23, there have been more than 363 positive cases in the bubble, according to official figures, including an unknown number of competitors.