Pfizer is expected to ask the FDA to approve its Covid vaccine for children under the age of 5. 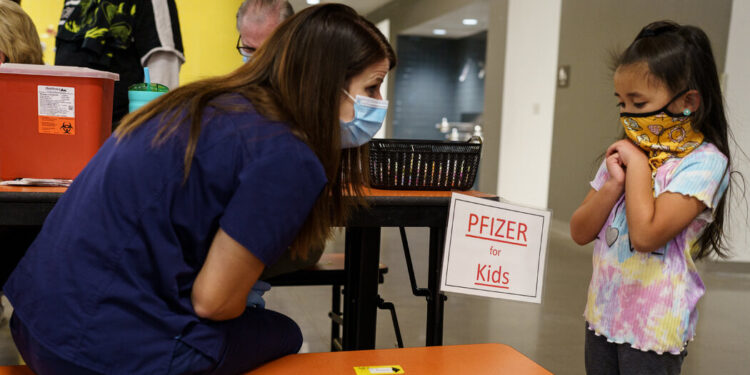 “Unfortunately, we are seeing an increase in hospital admissions for children aged 0 to 4, children who are not currently eligible for Covid-19 vaccination,” said Dr. Rochelle Walensky, director of the Centers for Disease Control and Prevention, told reporters. month. She said the high transfer rate of the Omicron variant was probably to blame.

The FDA and CDC are expected to convene both committees of outside vaccine advisors before making a decision on whether to release the injections. That gives independent experts the opportunity to discuss the data the companies have collected. Most senior federal health officials strongly support the strategy, two officials said, but they want the outside experts to speak their mind.

Kathrin Jansen, Pfizer’s chief of vaccine research, said in December that the company would seek FDA approval for three doses for young children, a strategy she says would enable “a consistent three-dose vaccine approach for all ages.” The company changed its plan as the FDA pushed for more urgent action, two people said. If allowed, young children will receive their second dose three weeks after the first and a third dose two months after that.

The deliberations in the coming weeks could affect how quickly parents get their youngest children vaccinated. The vaccination rate of the 28 million American children between the ages of 5 and 11 remains even lower than health experts had feared. About 30 percent of children in that age group have received at least one dose, according to CDC data.

The reasons why more young children have not received injections vary. Some parents are put off by misinformation about the vaccine; others do not believe the virus poses a sufficient threat to vaccinate their children. Some simply haven’t found the time to take their children in for injections yet, health officials report.

The CDC published a study in late December that found very few reports of serious problems in children ages 5 to 11 who had received Pfizer-BioNTech injections. Another study of hundreds of pediatric hospitalizations in six cities last summer, released by the agency, found that nearly all children who became seriously ill had not been fully vaccinated.